A Barcelona academy graduate, Cucurella has one senior cap for Spain

•Cucurella had been identified by City as a replacement for Oleksandr Zinchenko, who left the club to join Arsenal this summer.

•Brighton feel no need to sell however with midfielder Yves Bissouma having already joined Tottenham this summer in a £25m deal plus add-ons. 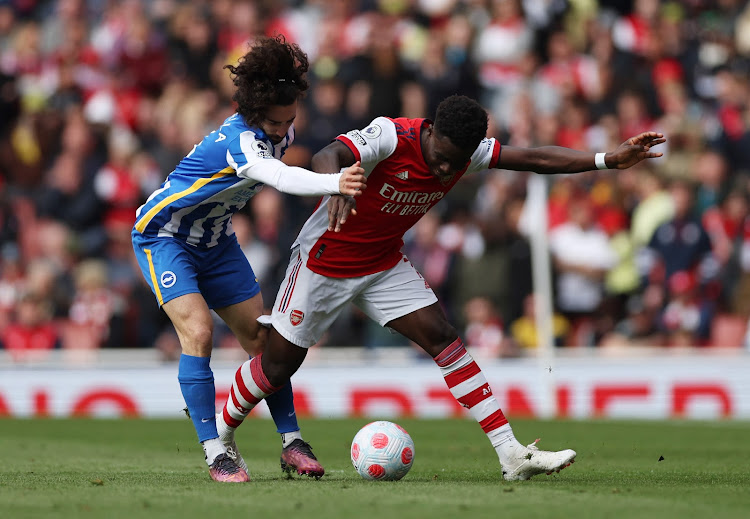 Brighton have ended discussions with Manchester City over the sale of defender Marc Cucurella.

The Spain left-back, 24, handed in a transfer request last week  amid interest from City. The Seagulls had already rejected one bid from City and see £50m as the benchmark -the fee they sold defender Ben White to Arsenal for last summer.

Sources say it would take an exceptional offer to consider a sale as they regard Cucurella as a better player. Pep Guardiola's side are now exploring other options as the fee is deemed too high.

Cucurella had been identified by City as a replacement for Oleksandr Zinchenko, who left the club to join Arsenal this summer.

Brighton feel no need to sell however with midfielder Yves Bissouma having already joined Tottenham this summer in a £25m deal plus add-ons.

Cucurella has a contract until 2026 having only joined Brighton in August 2021. He has made 35 Premier League appearances for the club, scoring one goal, since joining from Getafe last year in a £15.4m deal.

A Barcelona academy graduate, Cucurella has one senior cap for Spain and played for the under-23 side that won silver at the 2020 Tokyo Olympic Games.

Elsewhere, Jota's stunning long-range drive capped victory for Celtic as they began their Scottish Premiership title defence with a win over Aberdeen.

Stephen Welsh glanced in at the near post to get the reigning champions off to a perfect start before a relentless pursuit for a second goal followed.

Jim Goodwin's new-look side dug deep, though, and posed their own threat late in the first period. But Celtic regained control after the break as Jota's strike sealed the win.

Victory means the Parkhead side stretch their unbeaten run over Aberdeen to 18 games and matches the opening-day result of title rivals Rangers, who started their league campaign with victory at Livingston on Saturday.

As the title-winning flag was hoisted, recent memories of Celtic's 2021-22 triumph were brought to the forefront of the minds of a jubilant sellout home crowd.

Those thoughts were soon parked to one side on referee Nick Walsh's first whistle as attention turned to retaining the title Ange Postecoglou's side wrested from Rangers the last term.

But Goodwin's men, on the back of an impressive League Cup group stage campaign, were looking to bring down the party volume. The away side failed in achieving that, however, and got off to a nightmare start when Matt O'Riley's corner was glanced in by Welsh.

Celtic probed continuously for a second, with Kyogo Furuhashi and O'Riley both going close, as Aberdeen conceded possession time and time again.

But after hanging on for the majority of the first period, the Aberdeen attack showed signs of promise late in the half as Jonny Hayes passed up a glorious chance to level.

The visitors couldn't make the most of the few openings that fell their way, though, as Postecoglou's side grabbed a stranglehold on the game again after the interval.