Shigoli says that growing up in a challenging environment provided the adversities that were instrumental in propelling him to the heights he has achieved thus far in Badminton.

•The sport had not drawn much attention in the country until incessant wrangles embroiling different rival factions battling for recognition at the local governing body in 2021 brought it to the limelight.

•His interest in badminton kept blossoming with time and eventually, an opportunity that would shape his future in the sport came knocking right on his door. 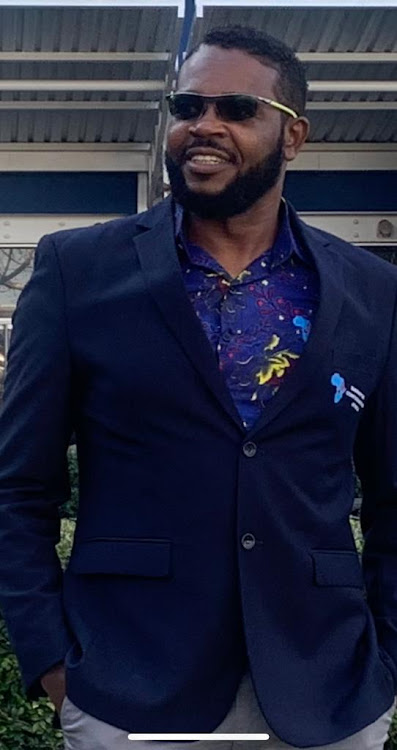 In recent years, the Kenyan badminton scene has been in the eye of the storm and dominated the headlines for all the wrong reasons.

The sport had not drawn much attention in the country until in 2021 when incessant wrangles embroiling different rival factions battling for recognition at the local governing body, brought it to the limelight.

At the centre of the heated controversy was Geoffrey Shigoli, a brilliant sportsman with an affable personality who led one of the factions against a rival group headed by Peter Muchiri in the fierce battle of supremacy.

The situation became ungovernable when Badminton Kenya was locked out of the National Olympics Committee of Kenya alongside the Football Kenya Federation after the returning officer for NOCK's electoral board, Joshua Okumbe, said the two federations had some unresolved issues weighing them down.

The chaos notwithstanding, veteran Badminton Kenya administrator, Geoffrey Shigoli held on to the conviction that all is not lost for the game, pointing out that the scene is merely experiencing hiccups that will soon be overcome.

For Shigoli, no challenge is big enough to sway him away from the sport he describes as so dear to his heart.

“I was born in a family of six in Nairobi in 1976. I went to Mathare Valley Primary School now known as Ndururuno Primary School and Mogotio High School in Baringo,” Shigoli says as he sets to unravel his winding journey that began two decades ago.

Shigoli says that growing up in a challenging environment provided the adversities that were instrumental in propelling him to the heights he has achieved thus far in Badminton.

“Eastlands is predominantly a low-income area with a high population well known for the sporting talent it has produced. Growing up as a child in this area had its share of challenges characterized by poor housing, poor schools, lack of sporting infrastructure, and adequate social amenities. As a community, we found a common bond in sports utilising the few social halls that were available.

“We would all assemble at the social hall in the evenings after school and try our hand at the various sports and activities available. These halls were key to our upbringing since they helped in keeping us occupied during our free time. My favourite activities were badminton and drama.” 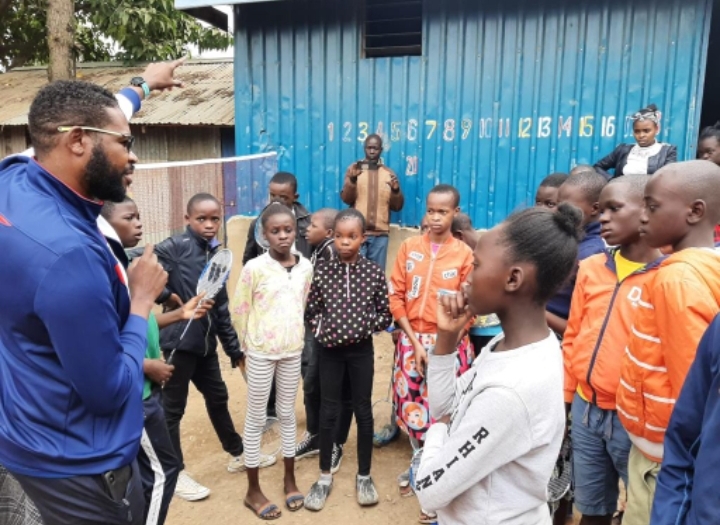 Shigoli during the Air Badminton launch at the Emmaus Educational Centre for the underprivileged.
Image: HANDOUT

The glaring lack of facilities and equipment needed to play badminton didn't deter them from pursuing their dreams. Resiliently, they trained their eyes on the prize.

“It is in these social halls that I first encountered badminton. We didn’t have any coaches, know any rules, or even have a badminton court to speak of. All we had were two wooden rackets with worn-out strings and a white plastic shuttlecock which had turned black from being overused and was moving like a rock.”

In the absence of a knowledgeable person to guide them in their path, Shigoli and his friends had to improvise their own rules to engage in the game.

The pleasure they derived from the game overrode the hiccups they encountered along the way so much so that they would look forward to another day on the pitch.

Day by day, the field became crowded with more enthusiastic participants curious to join the fray. Boys and girls momentarily put their differences aside to share the moments.

“Since we only had two rackets being used by almost 20 children at one go, it served us well to keep the shuttle longer in the air so you could play longer. The game was played one-on-one or girls versus boys.”

Shigoli began viewing the sport from a different perspective when he joined high school in 1990 after sitting for his Kenya Certificate of Primary Education (KCPE).

“Competitive opportunities were only after I joined a high school that I encountered badminton in a formal structure which made me love it even more.

"High school also provided competition opportunities with other schools from other regions which made it more competitive not to mention the numerous trips to tournaments.”

His interest in badminton kept blossoming with time and eventually, an opportunity that would shape his future in the sport came knocking right on his door.

“It was not until I started volunteering for my federation that I found my niche in the sport. I was later recruited through the association’s volunteer programme. This also marked my first interaction with Shuttle Time. I was amazed at how easy it was to use the Shuttle Time programme to teach badminton with limited or no resources. My first big Shuttle Time project was implementing the ‘Badminton For All project.″ 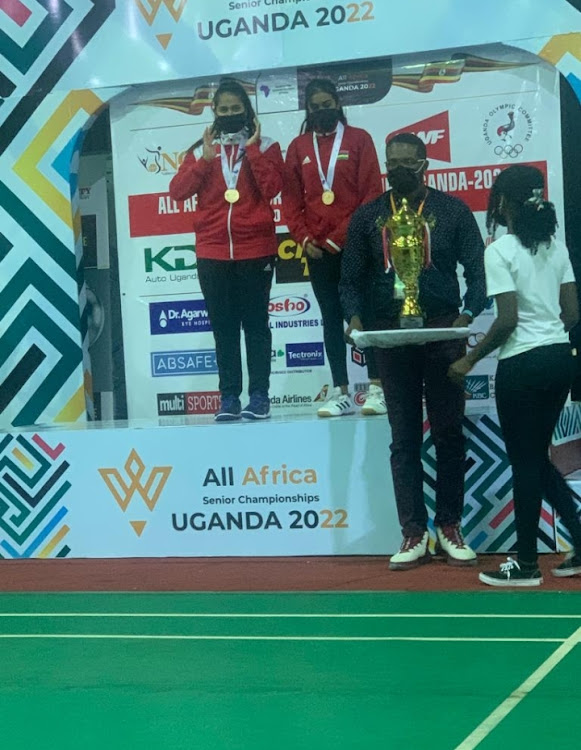 Awarding the ladies doubles Gold Medallist from Mauritius during the All Africa Games in 2022.
Image: HANDOUT

What makes him so much endeared to the game that hardly stimulates interest in the country?

“Badminton for me is a tool to empower and give back to my community. As a non-contact sport, badminton is a safe all-inclusive sport that can be played irrespective of age, gender or ability. This makes it easier for us to teach the sport in our communities.”

Aware of the challenges he experienced during his formative years, Shigoli set out to equip the youth who displayed interest in badminton with prerequisite knowledge they so much need to advance in the sport. And he is now doing this successfully through a grassroots development project called Shuttle Time.

“The Shuttle Time project has made a big difference in our region by enabling us to properly equip the teachers with the necessary skills as they are the first contact with our talent. It has helped in increasing awareness and popularising the sport in young children.”

The program seeks to empower Kenyan children from different economic backgrounds to excel in the game of badminton.

“Our ‘No Child Left Behind’ project has also greatly benefited as we have been using Shuttle Time to encourage differently-abled children to take up the sport. Shuttle Time has taught me a lot – whether on improvising using available resources, or planning for projects.”

Shigoli reminisces about his momentous achievement where he fired Team Kenya to a maiden medal at the continental stage.

“Most memorable moment is when Kenya won its first-ever medal in badminton at the 2015 All Africa Games in Congo Brazzaville, women’s doubles. I was the team manager.”

“The worst experience I had was when Badminton Kenya was suspended by the World Body.”

In 2021, the Badminton World Federation imposed a ban on the Kenyan office for failing to hold elections as instructed. 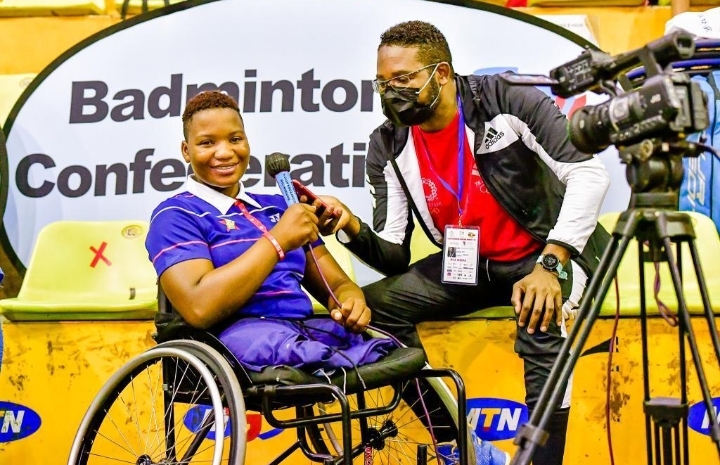 In a letter addressed to Kenya Badminton acting chairman, Peter Muchiri, and another local contact Jeff Shigoli, the world governing body accused Badminton Kenya of failing to conduct the polls within the stipulated window period.

The elections were earlier planned for June 2018 but were shelved by the Sports Registrar as the national body had not complied with the provisions of the Sports Act 2013.

Muchiri’s faction went ahead to hold an Annual General Meeting that resulted in the election by acclamation of eight individuals in absence of actual voting with a very low turnout.

BWF declined to recognize the faction’s leadership, pointing out that the elections were not inclusive while Shigoli's group stayed clear of the exercise and is therefore not properly registered either.

While the world body said it didn’t recognize either faction, it added that it remained keen on working together with the parties on a binding roadmap for future inclusive elections and any initiative from the parties to resolve this impasse will be considered.

Seeing that the two factions are not keen on solving the impasse, the world governing body has ultimately cracked the whip.

The extended deadline had been granted in light of the support offered by the National Olympic Committee of Kenya (NOCK) to get out of the impasse.

A report by NOCK detailed the various options reviewed by the parties, but there was ultimately no agreement nor potential for agreement between the parties.  As a result, the world governing body submitted the case to the BWF Council for review.

The suspension will be upheld until Badminton Kenya is in a position to organize fair and transparent elections in line with BWF requirements and upon confirmation by the BWF AGM.

As a result of this suspension, Badminton Kenya was deprived of its ability to vote in BWF General Meetings, receive funding or membership grants, and directly enter players in competitions.

Any solution will have to involve all the interested parties to be endorsed by the BWF.

The body said it would be available to help the parties mediate in good faith and agree on a binding roadmap towards inclusive elections.

How does Shigoli spend his time away from badminton?

“I am a recreational runner, and a member of Public Service Striders and Run fit running groups.”

He winds up our conversation with some words of wisdom for the budding players who are keen to attain his heights in the game.

“My advice to budding players is not to let obstacles or challenges get in their way to success. Anyone can succeed no matter where you come from, or what your economical background is. The key is to remain focused, determined and above all disciplined.” 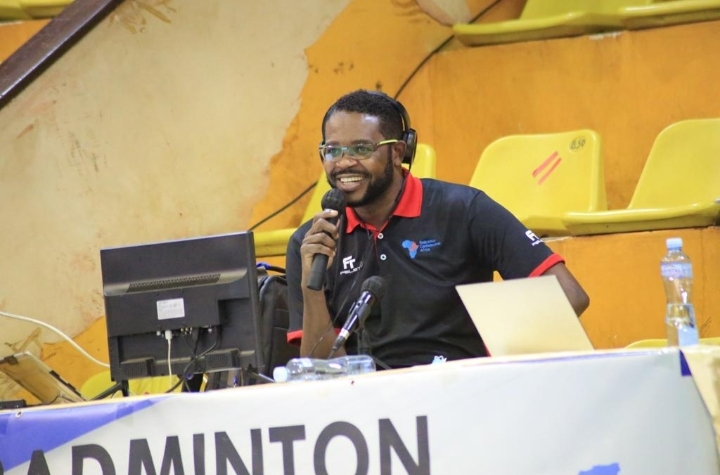 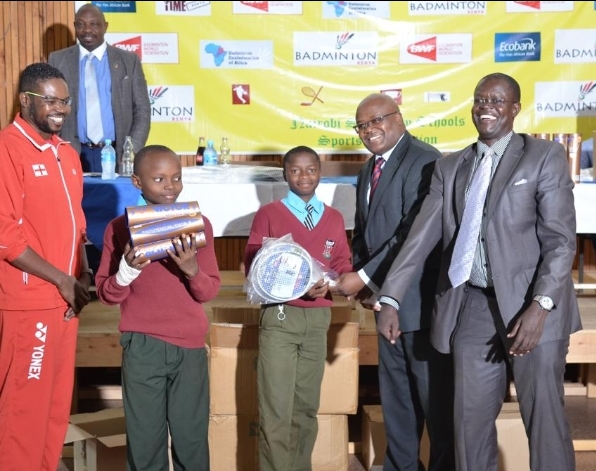