Tuchel is worried about his defence now that Rudiger and Christensen have gone.

• Pep Guardiola is upset that Manchester City’s tour of the United States has gone very wrong. Three important players are not with the tour having failed US Covid vaccination entry requirements.

• West Ham fans are furious that the club has let Jesse Lingard slip through their fingers. Next week sees the return of the Premier League and this season promises to be the most exciting on record.

Tuchel worried about the new season

The look on Thomas Tuchel’s angry face tells the story of Chelsea’s pre-season disastrous build-up. I said last week that anything but success would open the exit door for Tuchel under new owner Todd Boehly.

Being humiliated 0-4 by Arsenal in a preparation match was not what Tuchel needed to impress his new boss who has already spent millions on new talent. Boehly had to listen to his manager telling the world that Chelsea might not be ready for the new season.

That was a huge mistake according to my insiders at the club. Tuchel has also claimed he is tired of his high workload and he did not want to be part of the transfer day-to-day business…previously the club could depend on transfer specialist Marina Granovskaia who has now left the club after Boehly’s shake-up.

Chelsea accept that despite signing Raheem Sterling and Kalidou Koulibaly for £80million, they are not as strong as last season.

Tuchel is worried about his defence now that Rudiger and Christensen have gone. Timo Werner and Christian Pulisic are not happy with their playing roles and Werner’s agent is actively talking to other European clubs.

Kenedy, Ross Barkley and Michy Batshuayi are players who have no part in Tuchel’s plans. Upcoming academy stars Billy Gilmour, Harvey Vale and Tino Anjorin were sent back from the US tour to play for the Under 23 team to get them playing experience time.

N’Golo Kante and Loftus-Cheek had to stay at home because of non-Covid vaccination status and played no part in pre-season training. Tuchel has made it clear he wants to play Sterling, Havertz and Mount as his main strikers.

However, they have not worked well together in the US. Tuchel needs help and only Boehly can provide it but will he stick with a manager he did not appoint if things start to go wrong when the new season gets underway?

The tough regime of Ten Hag

Results have been satisfying – three wins and a draw and no one was injured. Pre-season tours are very much a mixture of football training, media and charity work which are all pre-arranged and commercial duties that are very lucrative for the club.

However, Ten Hag has been very hands-on in all departments and even stopped a tour of the Australian TV soap opera “Neighbours” because it interfered with his training schedule.

After the weak management of players by both Solskjaer and Rangnick, Ten Hag laid down the law and ended the small cliques of players who used to band together to influence the manager.

He has introduced fines for late arrivals to training, he does not allow mobile phones at meal times and insists that all players eat together three times a day.

Ten Hag has also introduced his approach to football – high intensity where his team pressures the opponents if they have the ball and does not allow them time to consider the best passes, etc.

He introduced double-time training sessions to acquire maximum fitness. I understand that not one player has reacted badly to Ten Hag’s tough regime and they are embracing the new approach.

Fun and games at Liverpool 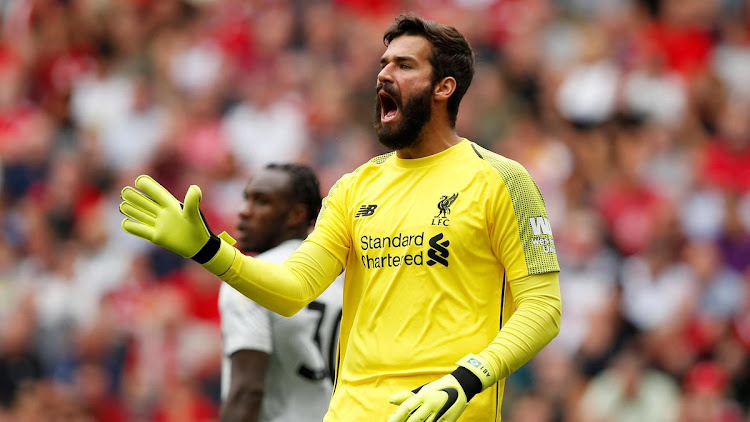 Liverpool goalkeeper Alisson Becker during a past match
Image: /REUTERS

As reported to you last week, Liverpool pair Diogo Jota and Alisson Becker are nursing injuries.

After checking at Anfield I can tell you that neither are likely to make the start of the season. However, the medical team is working on Alisson and has not given up hope.

Jurgen Klopp has attracted a lot of admiration on the Reds' pre-season tour. After destroying RB Leipzig 5-0, he sent the team out on a long bike ride and instead of just monitoring his players, he joined them. I spotted him at the back trying to keep up with lots of the players laughing at his strenuous efforts.

There was also time for more fun as centre-back Ibrahima Konate put Klopp’s right-hand assistant in a headlock during some light-hearted pretend fighting and poor Fabinho came in for some punishment as he received ear flicks from several players which seem to be their new game. This has become a favourite at several clubs when a player does something wrong in training.

The mood during the tour has been particularly high and everyone seems to be enjoying themselves. Liverpool’s start to the season could reflect that with a strong showing away at Fulham on August 6th and at home to Crystal Palace on August 15th.

Pep Guardiola is upset that Manchester City’s tour of the United States has gone very wrong. Three important players are not on the tour having failed US Covid vaccination entry requirements.

Phil Foden, Ilkay Gundogan and John Stones are all missing. Aymeric Laporte missed the trip through injury and Oleksandr Zinchenko joined Arsenal having signed a contract last week. Pep described his frustrations, “Yes it’s disappointing, I would like them to be here. In 2017/18, we ended up with 100 points and that was the only time when we were all together in pre-season training. Since then, it’s always been four players arriving and then a week later another one. We start the season with incredible problems. Every year, we drop points. This season, I thought maybe we would all be together. However, the missing players are fit and they are training with the Under-23s and they’ll come back and join us.” 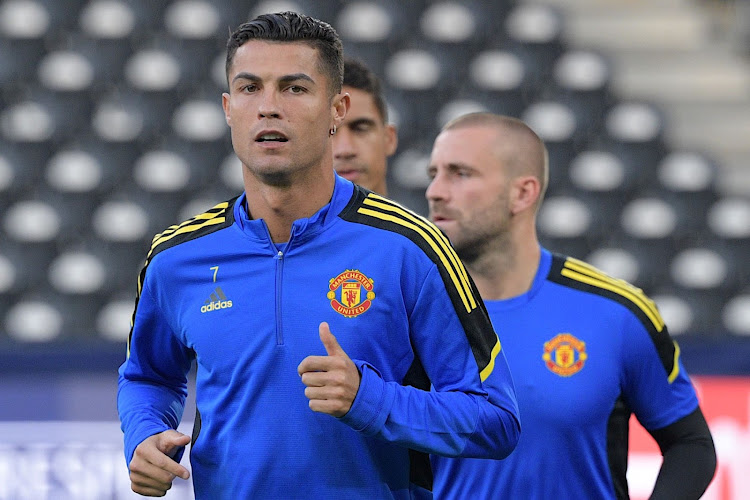 The last few years have been particularly trying for Anthony Martial. His basic talent is not in question but he rarely produces on the field what he is capable of.

He was widely tipped to be sold this summer. However, impressive displays on tour convinced manager Erik Ten Hag that he should stay and fight for his place in the first team. Martial, who is still only 26 years of age scored three goals in three games on tour.

He was on loan at Sevilla since January but the Spanish club decided not to bid for him after he scored only one goal in La Liga. After his impressive displays in training, Ten Hag started him against Liverpool, Melbourne Victory, and Crystal Palace, all of which United won. I have now been told that Ten Hag might start him in the Premier League game against Brighton on August 7th.

At the moment, Cristiano Renaldo is unlikely to start in United’s first match and Ten Hag thinks Martial could fill the striker’s role. Ronaldo arrived at the Carrington training ground on Tuesday with his agent Jorge Mendes.

They had discussions with Ten Hag and Sir Alex Ferguson, who advises the club. Ronaldo explained that he wanted Champions League football which United cannot offer because they did not finish in the league’s top four last season.

Ten Hag does not want him to leave and will probably get his wish because interested European clubs cannot afford Ronaldo’s £500k a week wage.

I have also discovered that Boehly has met with Mendes to discuss a possible Chelsea interest and the Blues are in the Champions League again this coming season.

Striker Gianluca Scamacca underwent his medical at West Ham on Tuesday and Wednesday in order to complete his £30.5 million move from the Italian side, Sassuolo. When the deal is completed Scamacca will be the fourth signing for the Hammers this summer.

Eintracht Frankfurt wing-back Filip Kostic is coach David Moye’s next target if he can persuade the 29-year-old to join him without the prospect of Champions League football.

Eintracht’s valuation is £ 14 million which West Ham have confirmed they are willing to pay. Ironically the German club qualified for the Champions League by winning the Europa League and knocking out West Ham en route to the final.

West Ham miss out on Lingard 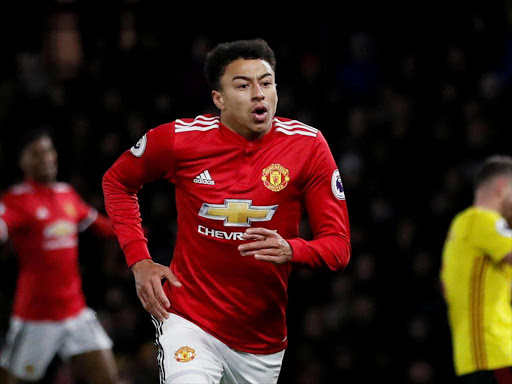 Manchester United's Jesse Lingard in a past action
Image: FILE

West Ham fans are furious that the club has let Jesse Lingard slip through their fingers.

After scoring in almost every game for the Hammers last season he returned to his home club Manchester United and awaited offers to join a new club.

Newcastle have contacted Rennes regarding winger Kamaldeen Silemana. The 20-year-old Ghanaian is valued at £35million and Bayer Leverkusen and Ajax are also showing interest. 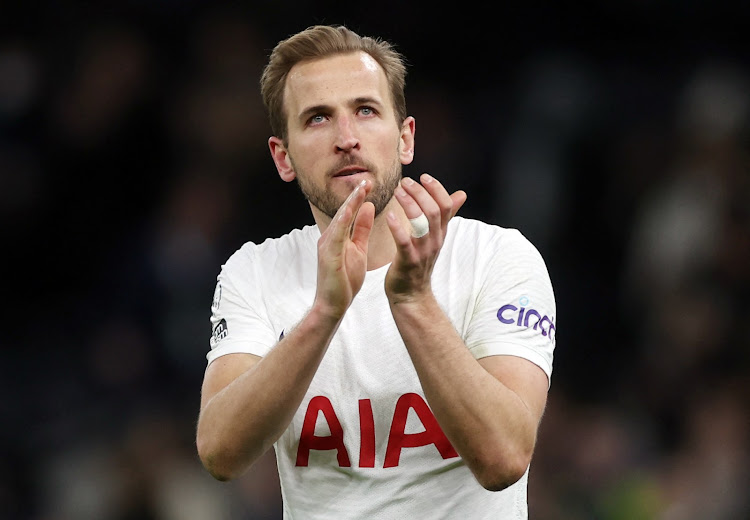 In a move that Tottenham coach Antonio Conte believes was aimed to unsettle his striker Harry Kane, Bayern Munich boss Julian Nagelsmann has expressed his admiration for the England captain.

Several of my contacts in Germany have phoned to say that Bayern want Kane to replace Robert Lewandowski who has moved to Barcelona. Nagelsmann said Harry would take the Bundesliga “by storm.”

A clearly annoyed Conte said, “I am a coach that does not speak about other players at other teams. The situation at Spurs is very clear and Harry is an important part of our project. If I am interested in a player, I go directly to the club to discuss the situation. I do not conduct an approach through the media. Kane has two years left on his contract and already there are moves behind the scenes to extend his contract. Nagelsmann added, “He is very strong, brilliant with his head and both feet. He could score a lot in the Bundesliga. We’ll see what happens.”

Chelsea are already in talks to allow Romelu Lukaku to remain in Italy, at Inter Milan, for a second year. I am told he has been placed on a special diet after returning from holiday overweight. Chelsea have said that he has no future at Stamford Bridge.

Tuchel told his players that defeat at Everton is not an option…they must win and start the season strongly.
Sports
3 weeks ago

Internationals Cristiano Ronaldo, Bruno Fernandes, and club captain Harry Maguire return next week and the squad then leaves for Thailand and ...
Sports
1 month ago
by BILLINGTON
Sports
29 July 2022 - 00:00