The Lionesses who had dismal campaign during the Africa sevens championship in Tunisia in April, will be eyeing the one automatic slot to the World sevens series slated for December.

•Elsewhere, the Elgon Cup fixture pitting Uganda and Kenya scheduled for July 23 and 30 has been cancelled. 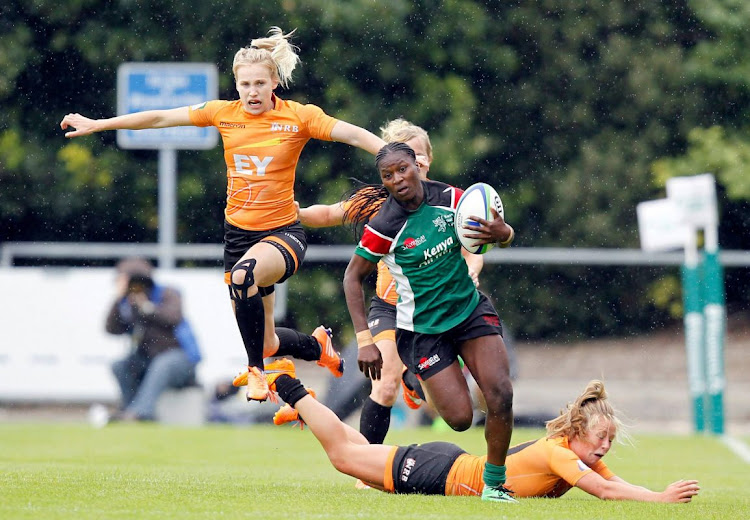 Kenya Lionesses have been drawn against South Africa, Chile and China in Pool D ahead of next month's Challenger Sevens Series in Chile.

The Lionesses, who had a dismal campaign during the Africa Sevens Championship in Tunisia in April, will be eyeing one automatic slot in the World Sevens Series in December.

Head coach Dennis Mwanja believes he has a side capable of being competitive for the three-day event in South America.

"Our preparations are going on well.  We have had time to analyze our errors during the continental event and we want to make the country proud," said Mwanja.

Poland headline Pool 'E', where they face Belgium, Argentina and Papua New Guinea. Japan, who are favourites for the series, face fast-improving Kazakhstan, Colombia and Mexico. In the men's category, Africa Sevens champions Uganda have a date with Germany, Uruguay and Lithuania in Pool C.

Elsewhere, the Elgon Cup fixture pitting Uganda and Kenya scheduled for July 23 and 30 has been cancelled.

The Kenya Rugby Union sent a letter to their Ugandan counterparts, saying Kenya would not be in a position to play both matches owing to the prevailing tough economic conditions and upcoming General Elections.

Both teams were in action during the recent World Cup qualifiers held in France with the Simbas finishing second and the Ugandans finishing fifth overall.

Lionesses to play Colombia next month

Oloo expressed confidence that the girls will be in good shape to face the South Americans.
Sports
1 year ago

Lionesses invited for warm up tournaments in France and Spain

Lioness had a dismal showing at the Rio Olympics finishing bottom of their group losing all four preliminary matches
Sports
1 year ago
Post a comment
by WILLIAN NJUGUNA
Sports
16 July 2022 - 05:00
Read The E-Paper