Umoja hit Titans in over time for their first league win

This game was halted for over 20 minutes at the start of the fourth quarter as both teams disputed the scores. 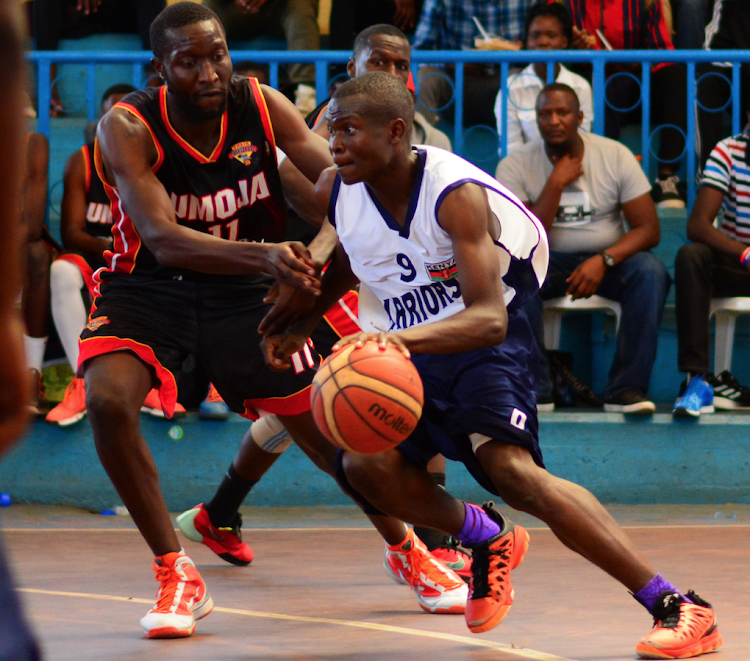 The students charged back from a 54-42 deficit to force a 58-58 deadlock in normal time but only managed 10 against 19 in the extra five minutes.

This game was halted for over 20 minutes at the start of the fourth quarter as both teams disputed the scores.

"Turnovers caused us dearly. We couldn't close out this game after coming back with a good run," conceded Titans coach Job Munene.

He added: "We were fatigued and our body language was evident.  We slept in the defence and allowed them to beat us. We must step up."

Mabol Washington nailed 24 points and Gilbert Obiero 19 for Umoja. Robert Odhiambo bagged the losers' 18. It was the Titans' second loss in two days after they went down 77-59 to Equity Bank Dumas who had a 33-27 halftime lead.

"We were slow to start. We lacked creativity and team chemistry. This was evident in the first half," said the bankers' coach Sylvia Kamau.

"This is only our second game and if we continue to train well, I believe we will perform a lot better.

"Lynette Atieno shot 18 points while Esther Butali and Mary Anne had 10 each. Faith Same and Joy Mupalia made the losers 10.

"We were doing well but lost concentration both in the offence and defence in the last quarter," said Straths Ronnie Owino.

"We need to take some of our chances and be more efficient. We have now lost to the top three and will not accept any more loss."

Other games saw Ulinzi Warriors nip University of Nairobi "Terrorists" 47-41. Both sides were locked 41-41 in the last five minutes.

"We lost it in the last five minutes. It was our first game of the season. It's a painful loss but we will take it," observed UoN"s coach Eugene Genga.

Zetech University Sparks were too much for Storms, scorching them 52-28 as Christine Akinyi posted 13 points. In Eldoret, the home side Eldonets had 18 points from Renny Moibi as they deflated Lakeside 95-70 for their first win.