Williamson and Walsh, both 25, grew up playing alongside each other in England’s youth teams.

•With youth and experience to choose from, who will the England coach go with at Old Trafford for the tournament opener against Austria on 6 July?

•Manchester United midfielder Ella Toone, 22, has had a breakthrough year and is one player firmly focused on having a starring role. 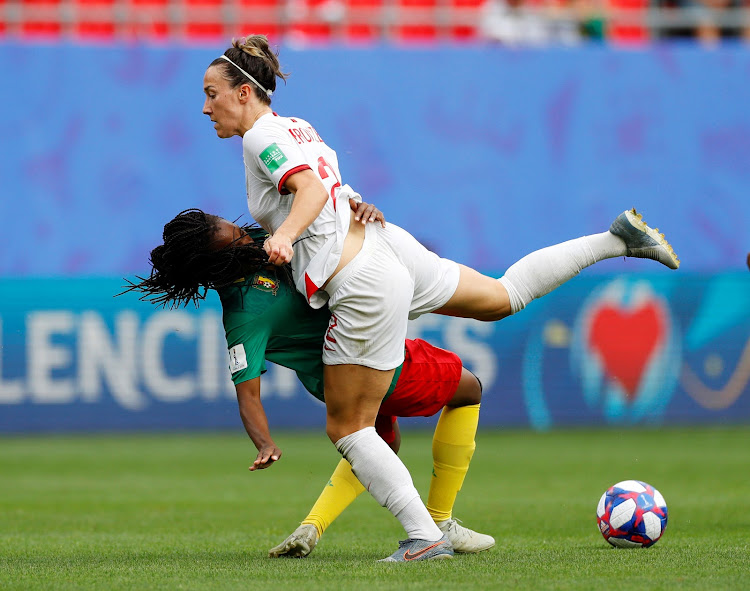 Sarina Wiegman had a selection headache in June with a number of players rotating in midfield, so has she found her best line-up in time for the Euros.

Best friends Leah Williamson and Keira Walsh have formed a strong partnership in the centre of the park, but there are several players competing to join them, as well as a number 10 role to fill.

With youth and experience to choose from, who will the England coach go with at Old Trafford for the tournament opener against Austria on 6 July?

Williamson and Walsh, both 25, grew up playing alongside each other in England’s youth teams.

However, their partnership at the senior international level is relatively new as Williamson, who plays centre-back for Arsenal, had spent the majority of her England career under Phil Neville as a squad player.

Walsh featured heavily under Neville but now Williamson has been handed the captaincy by Wiegman. But can the pair form an exciting partnership for England at the Euros?

“The relationship is built on trust because we are such good friends,” Walsh said.

“Leah’s such a good defender that it makes it easier for me to have the confidence to get in the box. We complement each other well. We are so settled and we know what we’re each good at.

“There was no doubt from me on how that relationship would work.”

The pair impressed during the Arnold Clark Cup in February as England beat Germany and drew with both Spain and Canada to lift the trophy.

“We want teams to find it hard to play through us. I think Leah and Keira work brilliantly as a pair both on and off the ball,” said England defender Millie Bright in February. “It gives us a different dimension in our playing style.”

The duo have since strengthened their partnership in friendly wins over Belgium and the Netherlands, although, in the last warm-up game against Switzerland, Williamson dropped back into defence. The captain could once again be used there during the Euros.

‘When Wiegman gives advice I listen’

Manchester United midfielder Ella Toone, 22, has had a breakthrough year and is one player firmly focused on having a starring role.

She has featured heavily for England this year too, playing in 13 of the 14 games Wiegman has been in charge, even scoring the first goal of the Dutchwoman’s tenure in the 8-0 win over North Macedonia.

Since making her England debut in February 2021, Toone has scored 11 goals in 15 appearances, including two hat-tricks.

“Every manager has their own ways and when I come into camp I think I’ve really improved under Sarina in the short time that I’ve worked with her,” said Toone in February.

“When she gives advice I always listen and take it on board. The main thing for me was coming here and just enjoying myself.

“She’s really helped me settle in, find my feet in the team, be confident and most of all, believe in myself.”

‘I’m ready if called upon

Jill Scott, 35, will be playing in her 10th major tournament and has 157 appearances for England. She can provide some crucial experience.

She impressed against a strong Spain midfield in February, but how much game time is she hoping to have?

“I haven’t had a conversation about game time. I think I can contribute and I want to make sure I’m ready if called upon,” said Scott.

“If I’m being honest, I wasn’t expecting that start against Spain, that was a bit of a shock. I hadn’t played for a while and it was against the best players in the world, but that was a good challenge for me.

“Am I still at this level? I felt I competed well and it’s just making sure I keep that level. The talent in midfield is great. The competition is very high, but I hope I can keep pushing them.”

‘The best of Kirby is yet to come’

Chelsea’s Fran Kirby, 28, who club manager Emma Hayes described as “a generational talent”, has returned from illness and will be hoping to show her quality.

“Rarely have I seen a football player that can do what she does in the way she finds space, makes decisions and plays with selfless attributes,” said Hayes.

While there are question marks over Kirby’s best position, Chelsea team-mate Bright thinks she can excel in the number 10 role.

“When she’s in and around the number 10 position - she’s facing people up, slipping players in, taking shots and bringing the team together, connecting one another,” said Bright.

“She’s literally played all over lately! Wherever you put her, she’ll perform. The best is yet to come for Fran Kirby. I’m backing her all the way.”

Bayern Munich’s Georgia Stanway, 23, has also been used in an attacking midfield role and will wear the number 10 shirt at the Euros.

But having played in several roles for England can she nail down a position this summer?

“It’s hard being versatile. It works in your favour when you’re talking about tournaments and small squads, but I’ve hit a point now where I want to knuckle down in a position,” said Stanway.

Wingers Lauren Hemp, Chloe Kelly, Beth Mead and Nikita Parris have been named as forwards in Wiegman’s Euros squad, so we will take a closer look at England’s attacking options in part four of our analysis.