"The hardest part of being a Safari navigator is the preparation phase,"—Deep

•Sometimes the co-driver's seat is perceived by laymen as a mere appendage of the rally car-but that’s not the case.

•A co-driver’s role entails much more than just reading the pace notes while the race car is cruising. 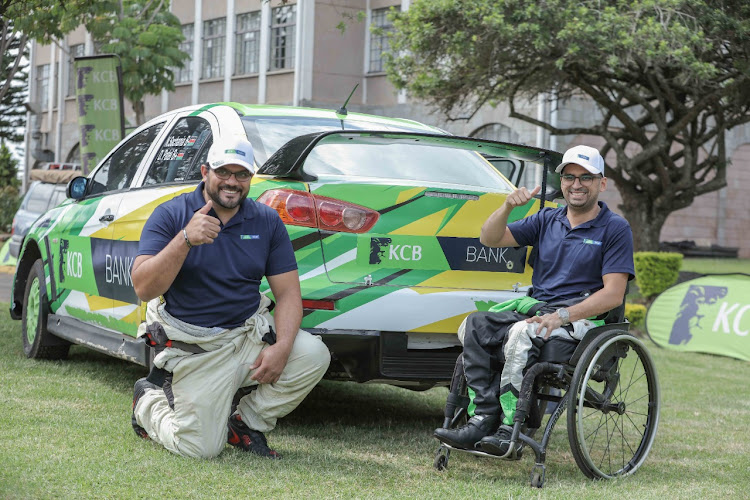 Navigator Deep Patel (L) and his driver Nikhil Sachania in a past event.
Image: FILE

If you’ve ever watched race cars achieve top-end speed, then you’re acutely aware of the contribution made by the driver’s partner, who in the rally jargon, is known as a navigator or co-driver.

Sometimes the co-driver's seat is perceived by laymen as a mere appendage of the rally car-but that’s not the case. A co-driver’s role entails much more than just reading the pace notes while the race car is cruising.

According to KCB Racing Team navigator Deep Patel, a navigator has to possess considerable amounts of rhythm, stay in perfect shape, know how to drive, and most importantly be well-versed with the dynamics of the car under the bonnet.

“Regardless of which side you are seated in the cockpit, it’s an adrenaline rush from the onset, even though you’re not driving the car. The co-driver is the driver’s second pair of eyes, and he has to be spot on in whatever they do,” he explained.

“It has been amazing navigating Nikhil Sachania who is a paraplegic driver. He is an extremely talented driver given that he drives only with his hands and I do the talking in the car. It's truly amazing to see him drive the rally car with hand  controls."

"The hardest part of being a Safari navigator is the preparation phase. Knowing that the Safari is one of the toughest rallies in the world, I have to be prepared for the unexpected.”

Deep started rallying in 2019. His dad and grandfather inspired him to get into rallying. “Hearing my dad telling me stories about the Himalayas Mountain Rally and also Safari Rally made me want to get into the sport. Also watching the Safari when it was in Kenya always made me want to be a part of the sport.”

He said: "My dad is Mini Patel. He was part of the service crew for various drivers; among them, the late Jayant Shah of Tanzania, and also serviced in the Himalaya Mountain rally as a part of the Subaru Rally Team. He was active in rallying between 1983 and 1987."

Nikhil’s and Deep’s dads have been friends for a very long time. “I met Nikhil at an autocross event. And when Nikhil asked me to navigate him, I told him I have no experience,  but I could learn as fast,” Deep explained.

“My ambition for the 2022 WRC Safari is to complete the rally in a respectable position. Top 20 would be good and top 15 would be amazing.”

Away from the cockpit, Deep is a farmer (dairy cattle, coffee, and fresh vegetables). He also works at Auto-Xpress and loves the outdoors including fishing, camping, and of course motorsports.