The IRL's move comes as a number of sports are considering transgender inclusion.

• The ban will apply to the World Cup in England in October, which involves teams from Australia, Brazil, Canada, Cook Islands, England, France, New Zealand and Papua New Guinea 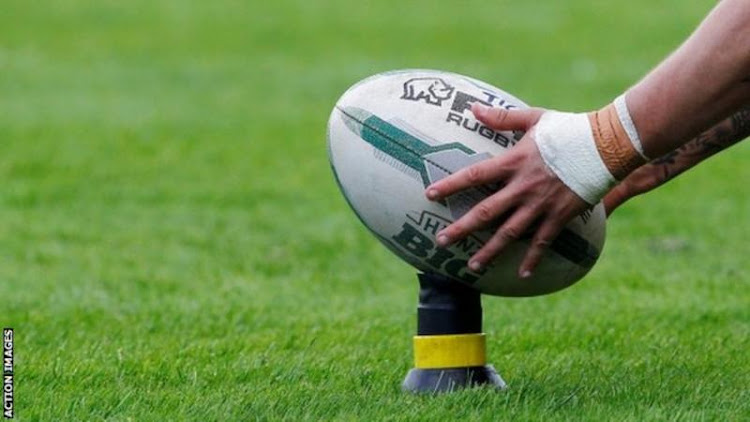 Transgender players have been banned from women's internationals while rugby league's governing body does further research on its inclusion policy.

International Rugby League (IRL) said it wanted to "balance the individual's right to participate... against perceived risk to other participants".

Scotland Rugby League's disability and inclusion director Mike Finn resigned from his post over the ruling.

"IRL has decided we are not to be an inclusive sport," he tweeted.

He added that IRL had "yielded to a campaign of hate".

"Solidarity with all trans people, will be an ally always," Finn concluded.

The IRL's move comes as a number of sports are considering transgender inclusion.

Transgender swimmers were on Sunday banned from women's elite races if they have gone through male puberty.

World Athletics president Lord Coe hinted to the BBC that the sport could follow swimming's example, saying it is set to discuss adopting a new eligibility policy and that "fairness is non-negotiable".

The IRL said it had considered "relevant developments in world sport" in coming to its decision to ban "male-to-female (transwomen) players" until it had completed research on its final inclusion policy.

The ban will apply to the World Cup in England in October, which involves teams from Australia, Brazil, Canada, Cook Islands, England, France, New Zealand and Papua New Guinea.

"It is the IRL's responsibility to balance the individual's right to participate - a long-standing principle of rugby league and at its heart from the day it was established - against perceived risk to other participants, and to ensure all are given a fair hearing," the organisation said.

"The IRL will continue to work towards developing a set of criteria, based on best possible evidence, which fairly balance the individual's right to play with the safety of all participants," its statement added.

However the decision has drawn criticism from advocates of transgender rights.

"Blanket bans on women who are trans playing against other women risks violating international human rights principles of non-discrimination, which require such policies to start from a place of inclusion," said Anna Brown, CEO of Equality Australia.

"Fina (swimming's world governing body) failed to meet that standard, and the rugby league's ban also fails to do so, despite it being temporary."

A number of sports have been considering their inclusion policies in recent months, especially after the International Olympic Committee ruled earlier this year that participation policies governing transgender athletes should be determined by each sport - depending on its particular characteristics.

The IRL said it would work with the nations competing at the women's World Cup to obtain data in order to inform a transgender policy in 2023.

Rugby League World Cup 2021 chief executive Jon Dutton said he welcomed the "clarity" the IRL decision had provided to competing nations before selecting their squads for the tournament.

"It is important the IRL carefully considers its position on this subject and the RLWC understands the need for further research," he added.

In guidelines published on its website, World Rugby said transgender women could not play women's rugby "because of the size, force and power-producing advantages conferred by testosterone during puberty and adolescence, and the resultant player welfare risks this creates".

Caroline Layt played rugby league and union before and after she transitioned in the late 90s, and she is now an advocate for transgender women in sport.

"Further research is great but I'd also like them to listen to people like myself, who've been there and done that," said the Australian, 56. "I've got heaps of video of me playing and never really injuring anyone.

"They don't know what the transition is. People don't understand what we go through and how it negates our performance. Once you've transitioned you've feminised enough that you're just another player and you're not going to add any more damage to a cisgender women's rugby player."

The Rugby Football League, the governing body for professional rugby league in England, is holding its own review on transgender inclusion which is "nearing completion", the body said.

Critics of transgender athletes' participation in some women's sports argue they can have a disproportionate advantage to their peers based on their birth biology. However, the claim is strongly disputed by many transgender athletes and their supporters.

Swimming's recent move inflamed the controversy. Transgender rights groups criticised the decision, while US women's footballer Megan Rapinoe, one of the most influential voices in sport, said it was "disgusting".

"Show me the evidence that trans women are taking everyone's scholarships, are dominating in every sport, are winning every title. I'm sorry, it's just not happening," Rapinoe told Time magazine.

"I have confidence that we can figure it out. But we can't start at the opposite. That is cruel. And frankly, it's just disgusting. We're putting everything through 'God forbid a trans person be successful in sports.' Get a grip on reality and take a step back."

The IRL is the global governing body for the sport and its role is to develop, promote and administer rugby league. It has 19 full members, 16 affiliate members and 19 observer members.

Why a sports reporter fled Rwanda

He is afraid he will be hunted down by agents of President Paul Kagame's government.
News
6 days ago
WATCH: The latest news from around the World
by BBC NEWS None
Sports
21 June 2022 - 20:33