•Rovanperä savours a 55-point cushion at the summit of the championship log and will be returning to Naivasha to break last year's jinx.

•Rovanperä will open the road in Friday’s opening leg and will be sweeping the dust and loose volcanic ash gravel in the world's toughest rally. 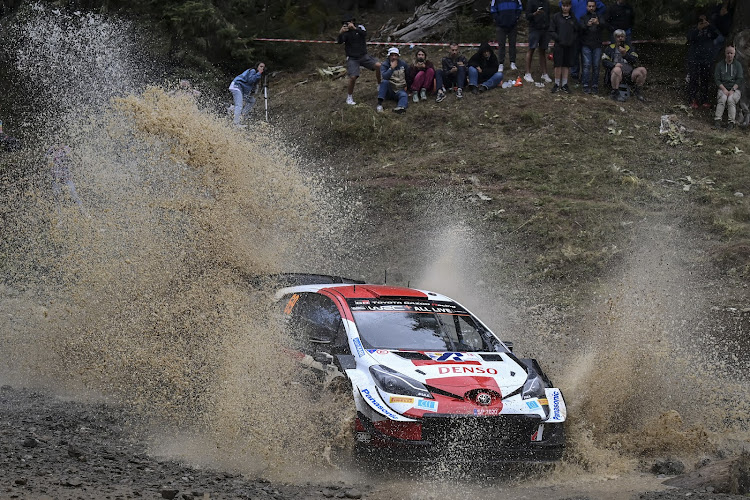 Finland's Kalle Rovanpera with his co-driver Jonne Halttunen compete with their Toyota Yaris RC1 WRC during the Acropolis rally in the special stage of Pavliani on September 11, 2021.
Image: FILE

Toyota Gazoo Racing driver Kalle Rovanperä believes his task as the road opener on WRC Safari Rally Kenya this week will be herculean.

Acknowledging the challenge that lies ahead of him in the Kenyan fixture, the World Championship leader said: “It’s going to be a tough event. But I’m hoping that we will not lose so much time opening the road and we can try to have a good weekend."

Rovanperä savours a 55-point cushion at the summit of the championship log and will be returning to Naivasha to break last year's jinx.

Rovanperä will open the road in Friday’s opening leg and will be sweeping the dust and loose volcanic ash gravel in the world's toughest rally.

The Finn was tasked with the same job at Rally Italia Sardegna earlier this month, where he managed fifth overall.

He anticipates a similar tough ride in Kenya at the weekend.  “Last year,  we encountered a lot of issues. So to open the road and still have a good rally there would be good."

The Finn retired from the 2021 event while lying second overall in after getting stuck in deep ruts on the final day of the event.

“It’s quite a different rally as usual, and it’s maybe not the one you enjoy the most when you are in the car, but of course the scenery is great. It’s a special place and you need to approach it a bit differently too,” Rovanperä told WRC.com.

The leader says last year’s Safari was not as strong a rally for him as he had wanted it to be. “Last year, it was a good rally for us overall. We were just a bit unlucky to get stuck at the end of it all,” he said.

“We already talked about our Kenya plans before Sardinia,” he explained, adding: “Even though Kalle is only young, he’s mature in his mind. He understands that he can take what he can get this week but not by doing anything silly.”

This year’s WRC Safari is sponsored by KCB Bank Kenya, Toyota Kenya, Quickmart and Kenya Wildlife Service among others.

The event begins with Wednesday’s Shakedown at Ndulele Conservancy and the Ceremonial start at KICC on Thursday. The event will culminate with Sunday’s Wolf Power Stage at Hell’s Gate National Park after traversing some of the iconic Safari routes of the old.