Jeremy Wahome, Hamza Anwar, McRae Kimathi and Maxine Wahome, will benefit from an increased sponsorship of Sh 25million to cater for their travels abroad.

•The FIA Rally Star Programme is a global initiative that aims to identify, train and develop talented young drivers of between 17-27 years 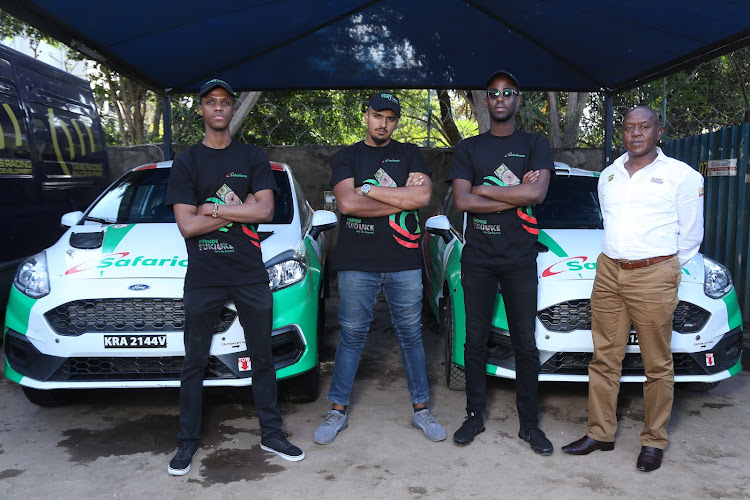 Four local rally drivers are set to benefit from the Federation of International Automobile (FIA) Rally Star Programme, ahead of their participation in next week`s World Rally Championship Safari Rally.

The four, Jeremy Wahome (23), Hamza Anwar (23), McRae Kimathi (27) and Maxine Wahome (25) will benefit from an increased sponsorship of Sh 25million which will cater for their travels to competitions around Africa and Europe.

Safaricom CEO Peter Ndegwa expressed hope that the young drivers will continue to soar high in their careers,  thanks to the programme, which is in its second year of running.

“We are excited to be part of this historic event that is an important part of our country’s sporting calendar. Last year’s event was a huge success and helped advance the talent of three youngsters in motorsport under the FIA Rally Star Programme, "Ndegwa said.

He added: "This year, we are glad to add Maxine Wahome to the stable of drivers who will get an opportunity to showcase their talents on a global stage. We are also happy to increase our sponsorship amount to Sh25 million for this year’s FIA Rally Star Programme.”

The FIA Rally Star Programme is a global initiative that aims to identify, train and develop talented young drivers between 17-27 years.

His Kenya Airways counterpart, Allan Kilavuka, expressed his excitement at being part of an initiative to nurture the next generation of great rally drivers in Kenya.

“As Kenya’s national carrier and the Pride of Africa, we take pride in being the official airline partner and more importantly being part of the journey to develop the next generation of competitive rally drivers from Kenya through the “FIA Rally Star” initiative, "Kilavuka said.

A total of 34 drivers, led by the current WRC points leader Kalle Rovanpera, have been confirmed for this year`s Safari Rally.

Other key drivers expected in Naivasha are Katsutsa Takamoto of Japan, Neuville Thiery of Belgium, Tanak Ott of Estonia and youngster Solberg Olver of Sweden.