IPSC president in Kenya for global shooting tourney in Samburu

the Russian's presence in the country is a great opportunity to audition for additional chances to more events of such calibre.

•The Level III competition has so far attracted participants from  Kenya, Zimbabwe, Ghana, Britain, Egypt, Sweden and Senegal, among others 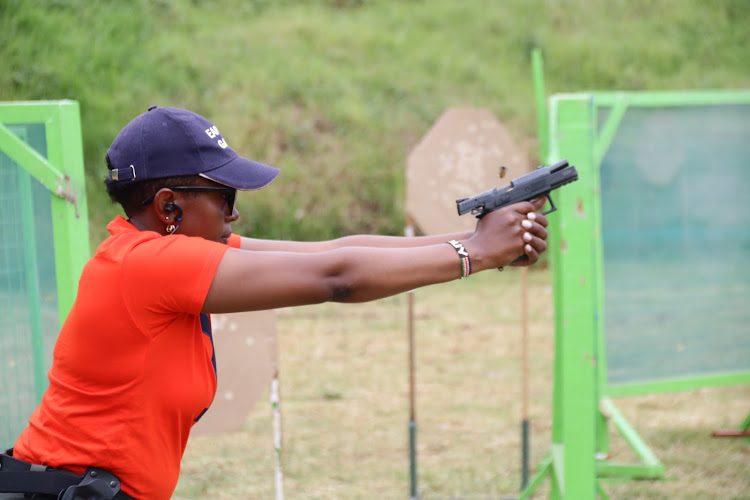 International Pistol Shooting Confederation (IPSC) president Vitaly Kryuchin will be among the visitors who will attend this weekend's IPSC Open Championships at Shaba Shooting Range in Samburu.

"The president is here so we want to make a good impression on him. We are hoping to host a world event after this championship. He doesn't quite know what we have in store for him but once he sees the shooting range and the game drive and all the other things, then soon we will be hosting future events of such caliber," Muriuki said.

He heaped praise on the venue for this weekend's event, describing it as on par with some of the best shooting ranges in the world.

"Some of the shooters have already gone to Samburu. We have 22 ranges over there at the shooting range, which is better because we have some ranges like in South Africa, with only 15," Muriuki said.

He added: " In fact, the shooting range is located next to a five-star lodge facility. Probably, they need to expand the place a bit because going forward, we are hoping to host more world class events there."

Concerning the local community, Muriuki said the four-day event will expose the area as a tourism destination and attract more visitors to the area.

"We want to build the profile of Samburu as a renowned location for such global shooting events because it is well geographically located and has very unique wildlife. Already, there is one of our partners engaged in distribution of sanitary pads to a girls school in the area," he said.

He was speaking on Tuesday afternoon at the Kenya Regiment Rifle Club during an update on the preparations for the competition.

Muriuki announced the Level III competition has so far attracted participants from  Kenya, Zimbabwe, Ghana, Britain, Egypt, Sweden and Senegal, among others.

"Some of the foreigners have started arriving, including one from China and Spain. We are expecting more to continue streaming in this week for the competition. We will start with a pre-shoot on Thursday and Friday before the main event on Saturday and Sunday," he added.

This is the first time the country will be hosting this global event after staging the IDPA Africa Championship at Kirigiti, Kiambu last year
Sports
2 months ago

Chairman Memba Muriuki said they have received inquiries from as far as Europe even before the formal invitation to the event has been made.
Sports
3 months ago

More women-only shooting events lined up ahead of busy year

IPSC Kenya League chairman Memba Muriuki said the tournaments will bridge the gender gap in the sport by increasing the number of lady shooters as ...
Sports
4 months ago
by OMONDI ONYATTA
Sports
14 June 2022 - 17:07