• He has blistering pace on the heat runs and is exhibiting splendid self-control and assertion.

• On Sunday, Neel will be looking to conquer Kiambu’s Twisty Corners terrain up against Round 5 winner, Amman Ganatra. 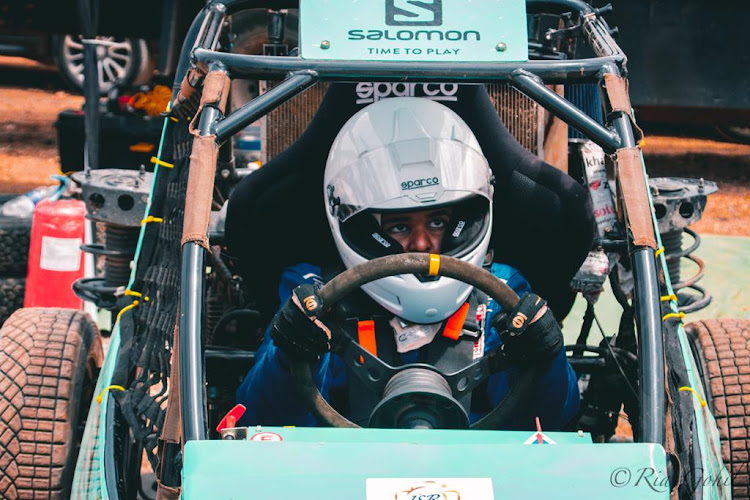 Fourteen-year-old Neel Gohil during a past race
Image: HANDOUT

With only two seasons of competition, Neel Gohil has already shown the mindset of a future Kenya National Autocross Championship winner.

But if the Nairobi-based 14-year-old driver can continue in the same spirit, then the Two Wheel Drive Non-Turbo Junior Class title is winnable.

“Obviously, I am very happy with the car and my driving as well,” he said.

Neel has always desired to achieve new limits in circuit racing and has found a comfortable niche. He has blistering pace on the heat runs and is exhibiting splendid self-control and assertion.

One of the key strategies for the Salomon Kenya and Jaguar Petroleum and Lubricant City young athlete is consistency and knowing when is a good time to go for it a win.

On Sunday, Neel will be looking to conquer Kiambu’s Twisty Corners terrain up against Round 5 winner, Amman Ganatra.

Amaan is also showing a good pace this year having won in Mombasa, where Neel was second.  But Neel took the FTD (Fastest Time of the Day) in his class which came with additional championship points.

“We had a bad miss on the buggy the whole day in Mombasa. But in terms of pace, I won the FTD by 1000th of a second. It was a tight one at sea level, I must admit. But an amazing race to be precise. By and large, I am glad that we junior drivers are destroying the times of the bigger guys including the turbo charged machines, so Twisty Corners should be another thriller,” Neel explained.

Over 20 drivers have signed up for this weekend’s race in Kiambu.

Meanwhile, Sameer Nanji will be hoping to maintain his dogged campaign for the Two Wheel Drive Non-Turbo Car Class against Bhupinder Singh.

Bambino Class leader Karamveer Singh Rooprai will be fighting to retain his position at the summit.  Bambino girl rider Kiana Rajput will be the notable absentee due to personal commitment.

The father and son team of Eric and Eann Bengi are also expected to return to the Four Wheel Drive Turbo and Pee Wee classes respectively. Both are leading their Championship classes.

Thethy upbeat as Autocross 4 heads to Twisty Corners in Kiambu

The soft-spoken driver will renew track rivalry with his dad Charan Thethy who sits second on the log after the first three races.
Sports
3 months ago

Rajveer has previously spoken of a desire to team up with his father as he plots a comeback to the Kenya National Rally Championship in Eldoret in ...
Sports
4 months ago

Tundo was at it in October when he sealed the FIA Africa Rally Championship (ARC) title at the penultimate stage on Rwanda Mountain Gorilla Rally.
Sports
8 months ago
by SAMSON ATEKA
Sports
09 June 2022 - 19:10