“After their recent outing in the Deaflympics in Brazil, they felt joining the league will help them get better,” —Omondi.

KHF fixtures secretary, Charles Omondi, yesterday confirmed the development, saying there was a need to incorporate them in their first-ever outing in the league. 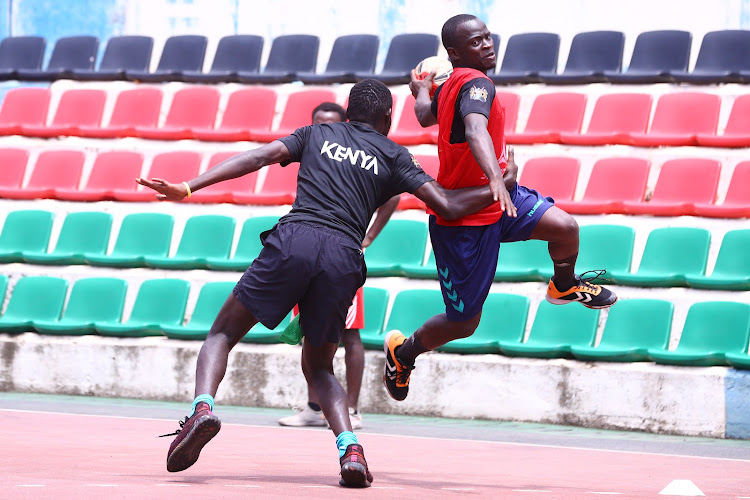 Young City, a deaf team from Nairobi, has joined the National men’s handball league that throws off Saturday

Kenya Handball Federation (KHF) fixtures secretary, Charles Omondi, yesterday confirmed the development, saying there was a need to incorporate them in their first-ever outing in the league.

“After their recent outing in the Deaflympics in Brazil, they felt joining the league will help them get better,” said Omondi.

“Their performance out there was eye-catching as they managed to reach the quarter-finals thus feel it would have been better had they been playing in the league.”

“We can’t deny them that chance to play. It will no longer be an issue to have them compete like any other team.”

Omondi went on, “The team is most welcome in the fold and the exposure will help uplift their standards considerably.”

They have two matches on the card on their debut. They open the season against another newcomer, Nairobi City County before facing Black Mamba.

NCPB have two matches against Makueni Bees and  Buccaneers while Water Queens have a date with Jomo Kenyatta University of Agriculture and Technology.

“We are well prepared and we are ready for the task ahead. Of course, we have new signings both for the ladies and gents team.”

The team has recruited Vincent Kipkurgat and Georgia Oduol, while their women’s counterparts have Fauzia Yussuf and Addah Musilibi on board.

Water coach Jack Ochieng said he is ready to defend his title at all coast and has added one new player to the team roster.

A total of ten matches are on the card with the Iast year’s men runners up Strathmore University talking on NCC. The only other women’s match of the week will see JKUATS play NCPB while last year’s third team Black Mamba face Buccaners