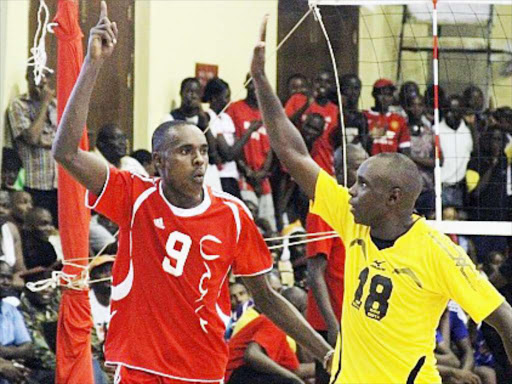 A total of 64 matches are on the cards in the men's Kenya Volleyball Federation  League starting today at the Nyayo Stadium.

The four-day competition doubles up as the fifth leg with each team expected to play four matches.

The coastal side boast of International experience having recently returned from the Africa Club Championship in Tunisia, where they finished fifth in a second consecutive appearance.

Newbies Trail Blazers have the opportunity to climb up the table with a relatively easier run.

Kenya Army should redeem themselves against Nairobi Prisons, Mombasa Prisons, KDF and Vihiga.

Mombasa Prisons who have blown hot and cold lock horns with KPA, Kenya Army, Prisons Central and Blazers as KDF Square it out with AP, KPA, Kenya Army and Prison Central.

Nyanza Prisons could find the going getting tougher with GSU, Trail Blazers, Western Prisons and Nairobi Prisons lie in waiting.

KCB, Prisons off to a good start at Africa show