Burnley move out of drop zone with gritty draw at Villa

Bale was named in the Wales squad on Thursday for their World Cup play-off final against either Scotland or Ukraine, and three Nations League games next month.

•A cool penalty by Burnley striker Ashley Barnes and several superb saves by keeper Nick Pope earned Mike Jackson's side a crucial point in their battle to survive as they climbed to 17th in the table on 35 points.

•A home win over Newcastle United on Sunday would ensure Burnley avoid the drop regardless of what 18th-placed Leeds United do at Brentford. 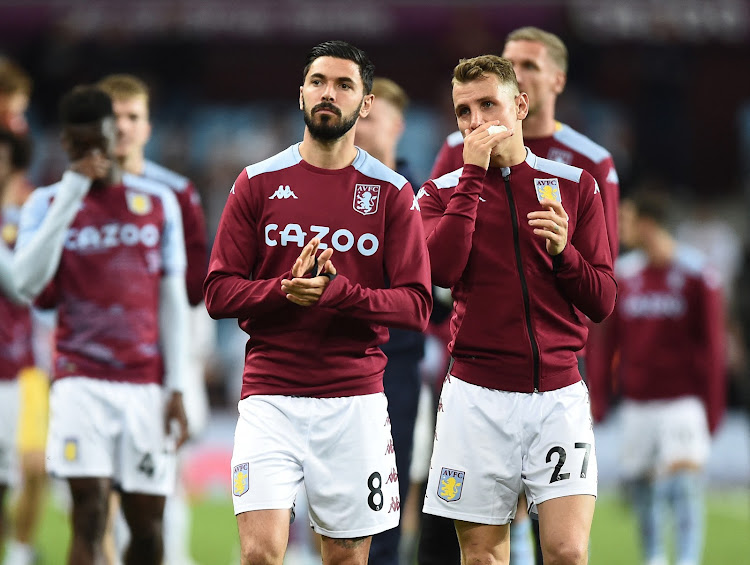 Burnley moved out of the relegation zone following a 1-1 draw at Aston Villa on Thursday, keeping their Premier League survival in their own hands heading into the final day of the season.

A cool penalty by Burnley striker Ashley Barnes and several superb saves by keeper Nick Pope earned Mike Jackson's side a crucial point in their battle to survive as they climbed to 17th in the table on 35 points.

A home win over Newcastle United on Sunday would ensure Burnley avoid the drop regardless of what 18th-placed Leeds United do at Brentford.

The two sides are level on points but Burnley have a vastly superior goal difference.

"It's not mission accomplished. The least we wanted was a point. We're a little disappointed not to get the three," Burnley interim manager Mike Jackson told the BBC.

"Everything I've seen tonight is what this group does. They've had to dig in, they've had to work. We'll need it again on Sunday."

Midfielder John McGinn nearly opened the scoring for Villa in the 17th minute with a curling shot from the edge of the box, but Pope clawed the ball away.

Barnes put Burnley ahead just before halftime, sending Villa keeper Emiliano Martinez the wrong way with a low penalty into the corner after Burnley were awarded a spot-kick for a foul on Maxwell Cornet by Emiliano Buendia.

The visitors, however, did not lead for long as Buendia made up for conceding the penalty when he equalised in the 48th minute with an excellent first-time shot from inside the box.

Villa dominated the closing stages and in stoppage time Pope did well to block an effort by forwarding Danny Ings, who had scored on each of his four previous Premier League appearances against Burnley.

"Nick Pope is getting better and better," Jackson said of his keeper who produced eight saves, the joint-most he has made in a single Premier League game.

"He's playing out of his skin. He's been unbelievable for us."

Villa, who have won only two of their last 10 Premier League games, remained 14th in the table.

"Honours are even because of Nick Pope. He was outstanding. He's helped his team get a point," Villa manager Steven Gerrard said.

"Moving forward, this club cannot finish 14th again. We need to change things and come back better and stronger next season.

"Their keeper is probably man of the match for them but we need to be better. We need to have more quality and answers."

Burnley will end their campaign with a home match against Newcastle United on Sunday.
Sports
2 months ago

Minamino and Matip scored their goals at St Mary's after Nathan Redmond had given the Saints the lead.
Sports
2 months ago

Lacazette considering a move from Arsenal

Lacazette's main motive is to join a club that can offer Champions League football.
Sports
3 months ago
by REUTERS
Sports
20 May 2022 - 21:00