The Sammy Mulinge coached side came from behind to beat Tunisia's Kelibia club 3-2 in the position 5-6 playoffs.

•KPA dropped to the classification matches after losing in straight sets to Cameroon's Port Douala in the quarter-finals. 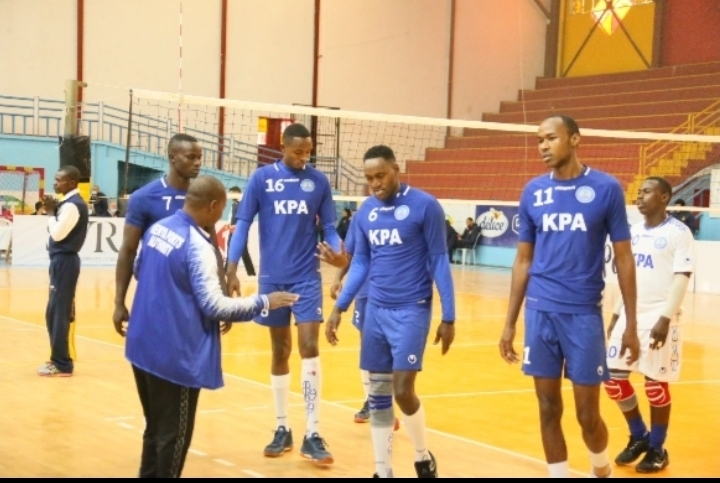 The  Sammy Mulinge coached side came from behind to beat Tunisia's Kelibia club 3-2 in the position 5-6 playoffs.

The Tunisians looked like cruising, especially after bagging the opening two sets 25-20, 25-22 to gain a 2-0 advantage.

KPA also finished fifth last year in their maiden appearance in the annual tournament that was also held in Tunisia.

Their impressive display earned opposite player Enock Mogeni a deal with Egyptian top-tier side Smouha club.

KPA dropped to the classification matches after losing in straight sets to Cameroon's Port Douala in the quarter-finals.

KPA made a clean sweep in the group stage, brushing aside Congo's Espoir (3-10,  Injis of Ivory Coast (3-0) and Madda Walabu University of Ethiopia (3-2).

Despite being in a relatively fair group, debutants Equity only registered one win in Group 'D' that had Port Douala, Customs of Nigeria, and Rwanda's Gisagara. Customs recorded a routine win against the bankers in straight sets.

Equity registered their first set in the competition in their 3-1 loss to Gisagara but defied all odds to scalp Port Douala 3-2 in the five-set thriller.

The experience will be vital for both clubs ahead of the fourth leg of the Kenya Volleyball Federation League. KPA lead the standings with 16 points from six matches while Equity are ninth in the 16-team league.

•The General Service Unit GSU and Kenya Prisons pulled out of the competition due to logistical challenges. •In other result, in pool ‘D’ Gisagara ...
Sports
1 month ago

The Elisha Aliwa coached KDF pipped Prisons 25-23 in the opening set before losing the subsequent sets 25-15 and 25-17.
Sports
2 months ago