"I thank God I have the medal. I was well prepared because I knew the people I was going to meet are better than me,” Makokha said.

• The Vetlab Club golfer was overjoyed after his latest accomplishment.

•He described the bronze as a perfect way to bounce back after his semi-final loss.

•Head coach Wang’ombe hailed Makokha and said the bronze was a major feat for Kenya. 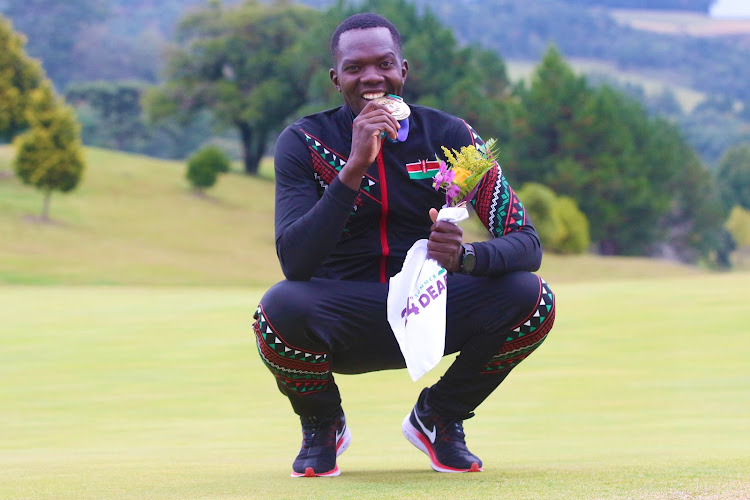 Kenya’s top Deaf golfer Isaac Makokha made history when he won a rare medal in golf at the ongoing 24th Summer Deaflympics in Caxias Do Sul, Brazil.

The Vetlab Club golfer was overjoyed after his latest accomplishment.

“Nico almost beat me but I didn’t want to let Kenyans down. At one point I was four down but I improved and beat him. I thank God I have the medal. I was well prepared because I knew the people I was going to meet are better than me,” Makokha said.

During the game, Makokha had a slow start when the German went up almost immediately but he went up at the 12th hole, lost again at the 13th hole but took the lead in the 15th hole until the 18th hole, winning by two ups.

He had lost in the semi-finals to the eventual winner — double Deaflympics gold medalist and world champion — John Allen.

Makokha described the bronze medal as a perfect way to bounce back after that loss.

“The game against Allen was the toughest because he got birdies while I got pars. He is ranked number three in the world so a class above us,” he said.

The win sent the Kenyan contingent into celebrations, carrying the 2020 Kenya amateur match-play golf champion shoulder-high and singing victory songs as golfers, caddies and other nationalities present watched in awe. 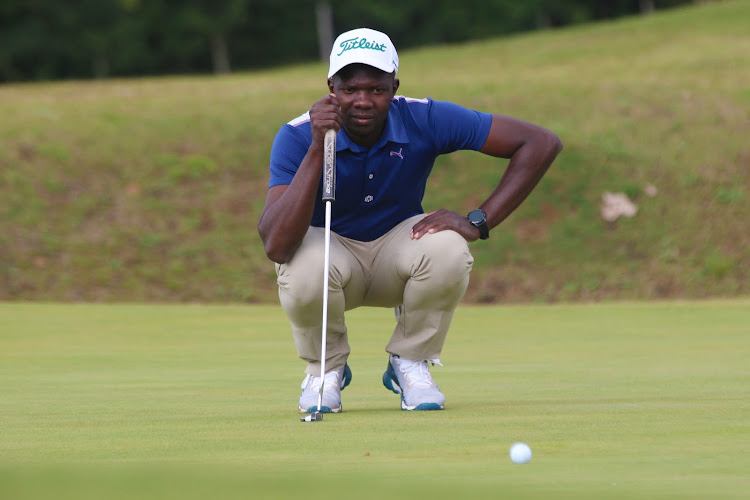 The Vetlab Golf Club top amateur golfer was forced to change his caddie after his wife-cum-caddie, Susan Kithure got injured.

“Unpredictable, cold weather affected him because he did not have waterproof gear and rain gloves but I’m proud of his performance. My role was to help him with the technical bit of the game because he is well versed with match-play format,”  Wang’ombe said.

Kenya’s other golfers in the competition, Adan Wario and Gilbert Alikula failed to qualify for the second round. Wario pulled out due to injury while Alikula finished 18th overall. 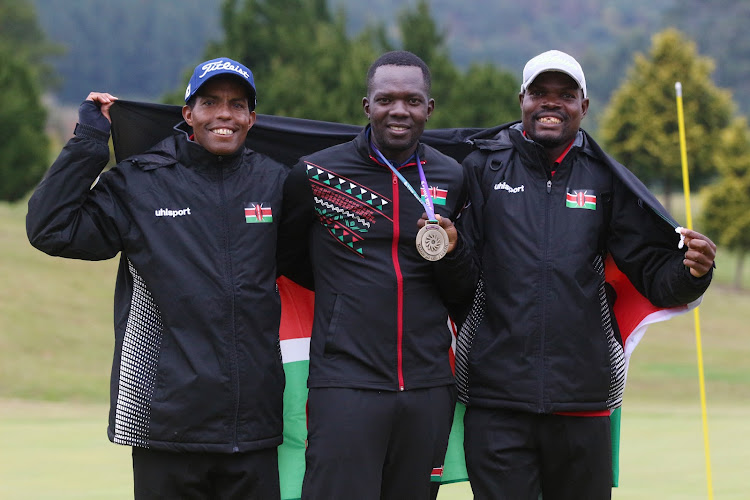 Makokha through to golf quarters in 24th Deaflympics in Brazil

Kenyans are hoping for more medals from Sharon Bitok and Rebecca Matiko, who will be in action today in the women’s 1,500m.
Sports
1 week ago
by BY ANGWENYI GICHANA in Caxias Do Sul
Sports
13 May 2022 - 05:00