Makokha through to golf quarters in 24th Deaflympics in Brazil

•The quarter-finals will be played in a match-play format with the winner qualifying for the semifinals. 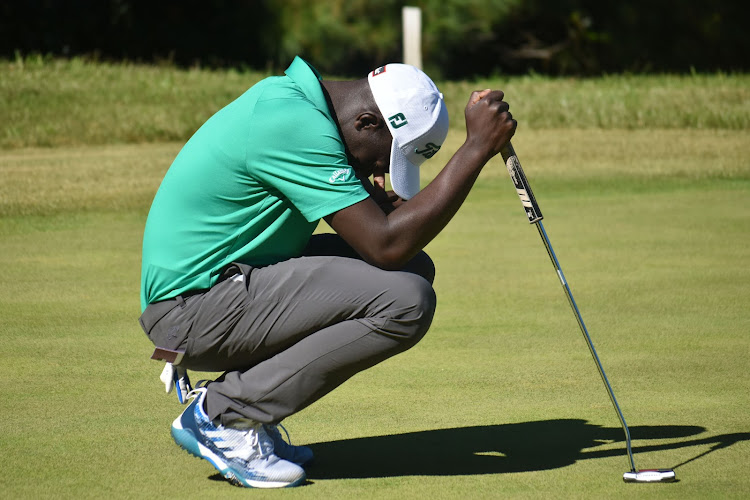 Makokha, a member of the Vetlab Golf Club, sailed to the quarter-finals after finishing fourth overall and will play against Nielson Lasse of Denmark at the Caxias Golf Club

The quarter-finals will be played in a match play format with the winner qualifying for the semifinals.

In the round of 16, Makokha eliminated South Africa’s, Charles Williams. Coach Vincent Wang’ombe has tipped Makokha to finish within the medal bracket.

“He is focused on clinching a medal which was the target he set when he came here. He played very well and I’m confident he will qualify to the semi-finals,” said Wang’ombe. In the last Deaflympics in Samsun Turkey, he finished 5th overall.

Wario pulled out after getting an injury on the first day of competition while Alikula did not make it to the last 16.  Alikula finished 18th overall.

In the same event, Kenya’s national women’s basketball team will face Italy in the quarterfinals of the ongoing 24th Deaflympics in Caxias Do Sul, Brazil.

Ahead of the game against Italy, coach Mary Chepkoi said: “We will give our best and hope that we will post a better performance. Italy were top in their pool and we were number four. That means they have a better chance. However, that does not mean we can't beat them."

She said the players will be incorporated into hearing teams because there is no league for Deaf players.

“We don’t want a situation where we only assemble a team after four years. We shall work with Deaf basketball to have a league or tournaments for deaf players. We shall engage coaches to give these players a chance to play with their hearing counterparts,” said coach Chepkoi.

She said the US players are incorporated with their hearing counterparts which give them an advantage over Kenyans.