This version of the game is played between two teams of six players apiece, and each game consists of a maximum of five six-ball overs bowled by each side 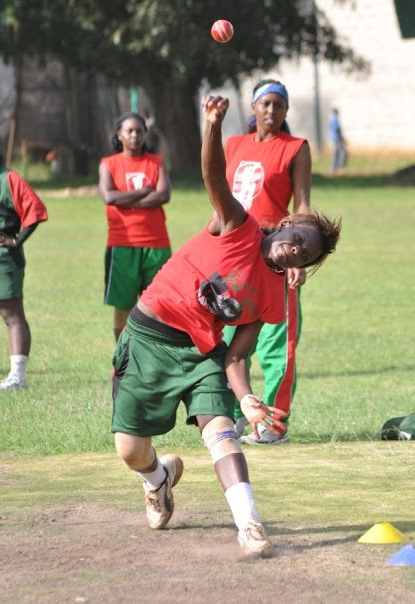 Margaret Banja during a past action
Image: /FILE

Convenor Vishal Bhojani said the idea is to attract more teams as well as create a unique atmosphere for play.

"Next year, we are hoping to give participants something different from what they are used to. The 13th and 14th editions attracted 18 and 20 teams respectively. This year we had 23 teams participating. We hope to have the next tournament under floodlights at our Patel Samaj venue," Vishal said.

Vishal said organisers are determined to ensure the SCLPS Youth League six-a-side becomes the biggest six-a-side fixture in the region.

"Standards have been set and only the sky's the limit. The tournament continues to grow in leaps and bounds and has since been a well-run show to date," he said.

The six-a-side version of the game is played between two teams of six players apiece, and each game consists of a maximum of five six-ball overs bowled by each side.

The SCLPS event was introduced by the club's seniors in 2006 with 17 teams participating in the inaugural event.

Vishal added: "The six-a-side 2022 edition was a celebration of the 15 years of success and was proudly sponsored by Tiles and Carpet Ltd, Karsan Ramji and Sons well known as Ndovu Cement, Aggregates and Purple Dot International Ltd."

This year's tournament was played in two venues, Samaj grounds and the neighbouring Ngara Sports Club.

"Our tournament is quite unique from others in the sense that there is something for everyone. This is because losers from the main event have the privilege to play in the plate event and still win a trophy. This is a tradition we have upheld for the last 15 years," Vishal said.

"Our six-a-side event is one of the most unpredictable tournaments on the cricket world.  Any one can rise to the occasion. It's not over here until it's over, so it's always a wait-and-see situation. But all in all, best of luck to all and sundry, every edition is always another great feeling to bring the cricket fraternity together."

Similarly, Sports Cabinet Secretary Amina Mohamed urged stakeholders not to mess up the new opportunity to grow the game but offer selfless service
Sports
2 months ago

Manoj Narshi Patel, Chidamabaran Swaramanian and Tariq Iqbal have thrown their hats in the ring for the chair's post
Sports
3 months ago
by SAMSON ATEKA
Sports
11 May 2022 - 22:49