Hockey Standards in Kenya have dropped in the past two decades

•" It's about flair. Passing the ball, creating space and receiving the ball in tight spaces and quick decision making" —Duisberg.

• "It's about knowing where you went wrong and correcting the mess. We discovered why our performances dipped and we vowed to rise again," Duisberg 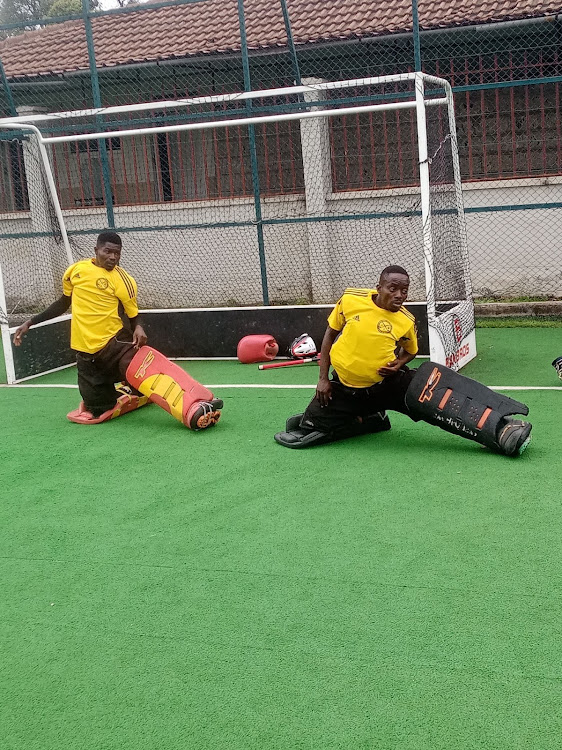 Kenya must embrace patient build-ups and play with flair if the country is to revive the old good days in hockey, Ghana's Offei Duisberg observes.

Standards in hockey have dropped in the past two decades before which Kenya were among the hockey powerhouses and even made seven appearances in the Olympic Games. They also featured in two World Cups among other major international tournaments.

Duisberg, the Exchequers' and the national team's first-choice shot-stopper, was in the country for the four-team  Gold Cup Club invitational tournament that ended last week at the Dashmesh Hockey Stadium along Forest Road, Nairobi.

The West Africans managed silver after losing 2-1 in the decider against Kenya Police. Duisberg warned Kenyan clubs against the outdated traditional style of hitting and chasing the ball all over the field.

"The coaching department has a lot of work to do if what we saw is anything to go by. Kenyans are energetic and fast but teams lack a clear structure and format of playing," he hinted.

Teams must embrace playing from the back through the middle. Long balls from defence to attack are obsolete in the modern-day game. It's also energy-sapping to chase the ball up and down," Duisberg offered.

The 25-year-old who is part of the Ghana team for the Commonwealth Games in July, Birmingham noted: "It's about flair. Passing the ball, creating space, receiving the ball in tight spaces, and quick decision making. Like the Europeans, you have to exploit the half-spaces and that calls for a change in mentality also."

Duisberg played four matches in the 2019 Olympic qualifiers in South Africa. Ghana are slowly making their way back to the top after a turbulent period. Ghanaians are ranked third in Africa while fallen giants Kenya sit sixth.

"It's about knowing where you went wrong and correcting the mess. We discovered why our performances had dipped and we vowed to rise again."

Duisberg said it will be a dream come true to play at the Commonwealth Games. "It's a huge platform for any player because of the high standard of the game. We want to catch up with the Europeans. We won't put pressure on ourselves to score or win against our opponents because that is a far-fetched target. The idea is to go and learn."

Titus Kimutai was the hero of the day, his performance inspiring the law enforcers who shook off an early scare to bag the title.
Sports
1 week ago

The students became the first side to deny the Ghanaians maximum points in the Gold Cup club invitational tournament, which ends on Friday
Sports
1 week ago

"Defensive discipline was lacking and that's why we conceded a needless penalty. Players were slow in decision-making," said Senge.
Sports
2 weeks ago
by EVANS OUSURU
Sports
10 May 2022 - 05:00