•In another match, Greensharks will look to exploit short on confidence MSC. 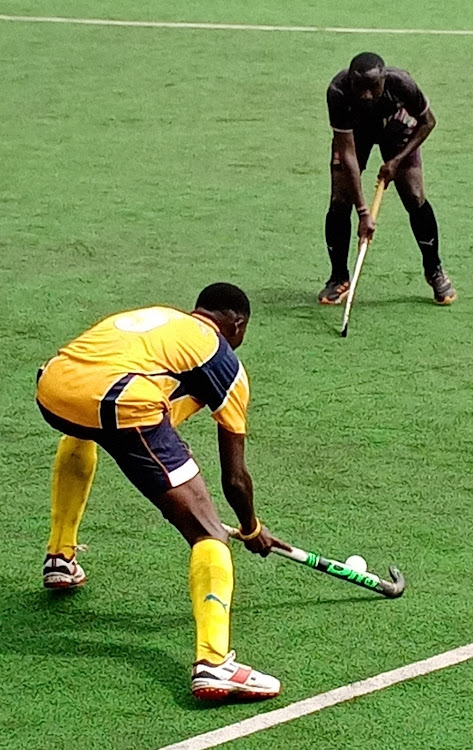 Mashujaa captain Jamleck Macharia has said they are not willing to crush to Kenya Police for the third time running.

The United States International University students will be hoping to carry the day this time round when the two sides clash on Sunday in one of the fixtures set for this weekend.

It will be their third meeting this week after they battled twice in the week-long Gold Cup club invitational hockey tournament at the Dashmesh Hockey Stadium along Forest road, Nairobi.

Police prevailed in both occasions managing 4-1 and 3-2 wins respectively but Macharia reckons Mashujaa have a point to prove against their accomplished opponents on Sunday after learning vital lessons in the tournament.

"We won't be pushovers on Sunday. They (Police) must be prepared for a tough match. The tournament has given us the required experience to build on our strength and iron out our weaknesses," Macharia pointed out.

He added: "They are strong from set play but we won't give them chance to convert their short corners."

Defending champions Butali Warriors travel to Kakamega to take on Western Jaguars. Jaguars have lost twice at home by 1-0 margin and a third consecutive loss would be detrimental to the team's chances of a top four finish. High-flying Butali currently lead the standings with 10 points from four matches and are the only unbeaten team thus far.

Parkroad Badgers will be gunning for their second win of the season against an unpredictable Sailors team. The league returnees edged out Mombasa Sports Club 1-0 prior to the break. The David Omwaka coached Parkroad had lost a trio of matches initially.

In another match, Greensharks will look to exploit short on confidence MSC. Newbies MSC are yet to win this season after losing to Strathmore Gladiators, Police, Parkroad and Sailors. Despite winning their season opener against Parkroad, Greensharks are winless in their last three matches.

Two matches are lined up in the women's category as Kisumu based Lakers tackle Wolverines today before settling scores with Sailors tomorrow . Lakers lost their opening match 1-0 against USIU-A Spartans in Kisumu but coach Austin Tuju remains optimistic of a better performance away from their backyard.

The West Africans are using the tournament as a warm up ahead of their national championship starting this weekend.
Sports
1 week ago

Titus Kimutai was the hero of the day, his performance inspiring the law enforcers who shook off an early scare to bag the title.
Sports
1 week ago
by EVANS OUSURU
Sports
07 May 2022 - 00:47