Coach Bella still optimistic despite falling in opener against japan

After losing 12-0 against Japan, coach Bella said poor defending led to their defeat.

•During the game played on Tuesday night at Estadio Estrela-Soccer Field,  Japan led 8-0 at the breather

•The game against Brazil will be played on Thursday at 8 pm Kenyan time. 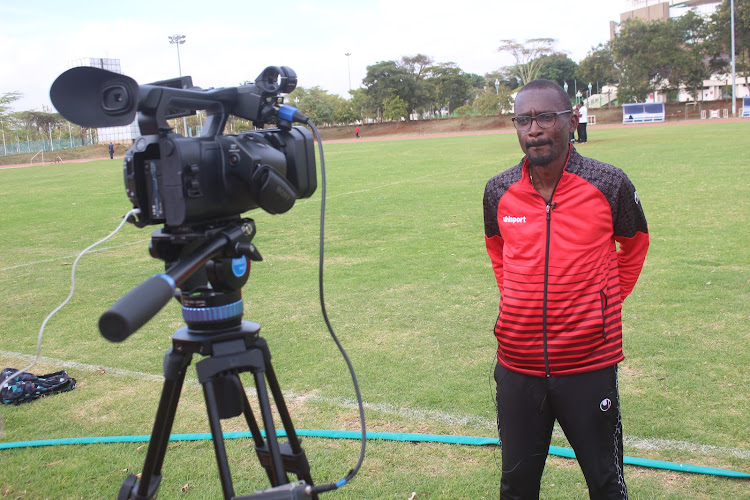 The national women’s deaf football team head coach Ben Bella is looking forward to improved performance from his charges as he prepares to take on hosts Brazil in the second game of the 24th Summer Deaflympics on Thursday at Caxias Do Sul in Brazil.

After losing 12-0 against Japan, coach Bella said poor defending led to their defeat.  During the game played on Tuesday night at Estadio Estrela-Soccer Field,  Japan led 8-0 at the breather.

“Ahead of the game against Brazil, I will mostly work on defence, team coordination, and confidence. The players suffered from stage fright because this is the first time for them to take part in a global event,” he said.

He added: “The team is young and relatively inexperienced. We need a long-term development plan for the team. We should do a countrywide recruitment drive and also involve the players in national leagues and also expose them internationally. That’s the only way we can be able to compete on the global stage.”

The game against Brazil will be played on Thursday at 8 pm Kenyan time. The next game for Kenya will be against Poland on Saturday before concluding their campaign against the United States of America on Monday.

On Tuesday, the Kenya men’s handball team was awarded a walkover after their opponent Cameroon failed to show up. The women’s team suffered a 43-16 loss to Turkey in their opening match at UCS Sede-Multi-sport.

Kenya will also be in action in the women’s basketball when they face off with Turkey at 4 pm Kenyan time. Coach Mary Chepkoi said the girls are in high spirits and are looking forward to the game.

“We prepared well for the game and the girls are ready. We played Turkey in the last Deaflympics and we have improved a lot and corrected the mistakes we made four years ago. We have watched Turkey’s videos and I believe the girls will give their best,” said Chepkoi.

She hailed the Ministry of Sports under the leadership of Cabinet Secretary Amina Mohammed for supporting the team.

“We have received overwhelming support since we entered camp one month ago. We are grateful and ready to carry the Kenyan flag high,” she added. Kenya is also represented in men’s golf and athletics for both men and women.