Buoyant Team Kenya to depart next week for Deaflypics in Brazil

The squad is camping at the Moi International Sports Center Kasarani in Nairobi.

•“The early departures mean the players will have 6-8 days to acclimatise to the current  winter weather in Brazil,” said Team Kenya Chief Executive Officer Sylvia Kamau.

•The contingent of 136 players is optimistic of staging a mighty show in the event going by their level of fitness at the camp. 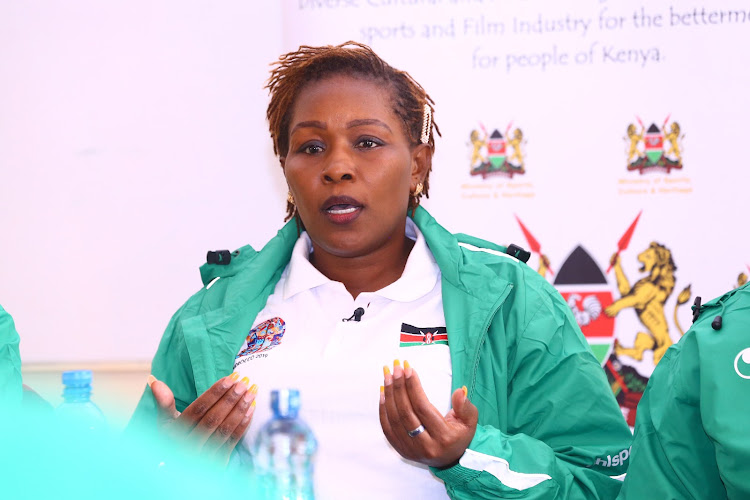 Buoyant Team Kenya depart next week for the 24th Summer Deaflympics in Caxias Do Sul, Brazil between May 1 and 15.

The first batch of the contingent leaves for Brazil on April 21 while the second lot will leave the country two days later.

“The early departures mean the players will have 6-8 days to acclimatise to the current winter weather in Brazil,” said Team Kenya Chief Executive Officer Sylvia Kamau.

The team is eyeing more gold medals and shattering records during the 15-day global showpiece.

The squad is camping at the Moi International Sports Centre, Kasarani in Nairobi.  The contingent of 136 players is optimistic of staging a mighty show in the event going by their level of fitness, according Kamau.

"We have never failed in our mission. We have never disappointed the country before. I believe we will perform greatly in Brazil. I can assure that we will do better and return with more medals than in our previous outings," Banja said.

Team manager Lilian Adhiambo, reiterated their mission in Brazil is to lower the men's 10,000m and women's 200m records that have been held by double Deaflympics champion Simon Kibai and Beryl Atieno Wamira respectively, since 2013.

The country will also seek to lower the men's steeplechase record held by Team Kenya captain Lucas Wandia since 2017.

Kamau said the athletes are passionate about performing in their respective disciplines.

"The players have been fully-funded by the state. All the training facilities at the stadium have been availed to them. The government is also catering for their accommodation, allowances, training gear among other necessities," Kamau underlined.

Meanwhile,  Miriam Opondo, the Team Kenya Chief Liason Officer, has also come forward to clear the air on why the badminton team will miss the competition in Brazil.

"The badminton team never took part in the World Championships or the African Championships which were qualifiers for the Deaflympics," Opondo said.

"We have urged them to continue training hard ahead of the 2023 World Championships so they can book a berth for the 2025 Deaflympics," she said.

Opondo explained the Kenya Sports Federation of the Deaf (KSFD) presented World Deaf Games governing body, the International Committee of Sports for the Deaf (ICSD), with video clips of the Kenya badminton team in training and in action to look for a slot for the country in the Deaflympics. Unfortunatel, the request was turned down as ICSD said Kenya's standard in the discipline is still very low.

Kibai seeks to lower record for the third time in Brazil

He will also defend his 5, 000m during the 24th Deaflympics in Brazil
Sports
9 months ago