City held on to draw their last-eight clash 0-0 to reach the semi-finals 1-0 on aggregate.

•Atletico boss Simeone, however, was not convinced that Guardiola was being sincere. 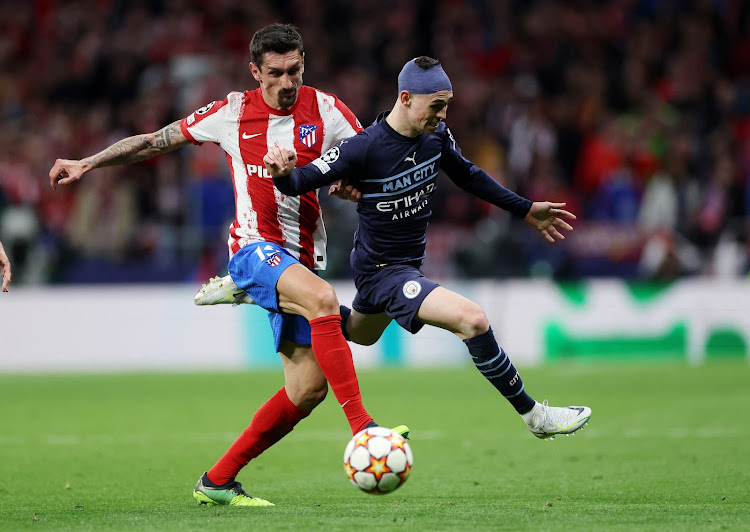 Manchester City coach Pep Guardiola was relieved that his team survived a nerve-wracking Champions League second leg with Atletico Madrid, but his words of praise for the Spanish side did not go down well with opposite number Diego Simeone.

City held on to draw their last-eight clash 0-0 to reach the semi-finals 1-0 on aggregate.

Guardiola praised Atletico for a great second-half when they came on strong against City and pushed hard for a goal that would have taken the game to extra time.

"They put us with our back against the wall," Guardiola said.

"It was like we have forgotten how to play, but it was all their merit. Today we are celebrating getting through, but by the second part we had, we easily could be eliminated."

The Man City boss blamed the fixture calendar and last weekend's Premier League match against title rivals Liverpool for their lack of intensity in the second half.

"We came from a difficult game on the weekend with no time to prepare for this one," Guardiola said.

"I have a lot of respect for Atletico. They have a lot of merit in what they do. They can play how they want, I have never criticised Atletico's game, and what Diego Simeone does he knows how to do like nobody else in the world."

Atletico boss Simeone, however, was not convinced that Guardiola was being sincere.

"I have no reason to give an opinion about what someone says, good or bad. Very intelligent people with a great lexicon can, with words of praise, despise you. But we that have a lesser lexicon are not stupid," Simeone told a news conference.

"I am clear that we are proud of who we are, of how we compete. And I love seeing those who win celebrating it because it shows once again that the important thing is to win."

Man City now will face the 13 times winners Real Madrid after they eliminated holders Chelsea. "They are the Champions League kings, I'm looking forward to it," Guardiola told reporters.

"It is the third Champions League semi-final in our history and the second in a row, but if we play as we did in the second half against Atletico, forget it. We won't have anything to do against Real."

This is despite City going into the match with 1-0 advantage from first leg clash.
Sports
7 months ago

City held on to draw their last-eight clash 0-0 to reach the semi-finals 1-0 on aggregate.
Sports
7 months ago