Mulinge wants the country to focus on nurturing more talent

Three tours have been held so far—Homa Bay, Wote, and Mombasa—as the federation seek to popularise the game that is becoming a hotbed of young talent.

• The women clinched bronze in Ghana while the men finished fourth.

• Fast-rising players like Kenya Pipeline's Pamela Adhiambo have earned national team caps after being earmarked during the national tours. 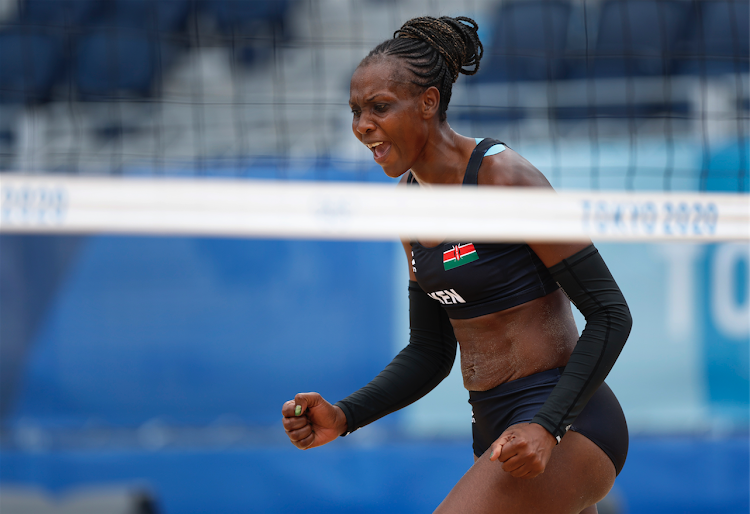 Kenya Beach Volleyball Commission secretary, Sammy Mulinge wants the federation to focus on youth development programs in order to nurture more talent if the country is to compete with the best.

Mulinge said the national tours have helped locals to embrace the game.

Mulinge was speaking after the team's arrival from Ghana, where the country participated in the African Commonwealth Games qualifiers.

Three tours have been held so far—Homa Bay, Wote, and Mombasa—as the federation seek to popularise the game that is becoming a hotbed of young talent.

He said while players have the potential to become world-beaters, global tours are necessary for the players to gain experience and exposure.

The history-breaking coach guided the pair of Gaudencia Makokha and Brackxides Agala to Kenya's maiden appearance at the Olympic Games last year.

The women clinched bronze in Ghana while the men finished fourth. Kenya is awaiting confirmation from  FIVB with regards to qualification to the quadrennial event by virtue of being the fifth best-ranked commonwealth games nation.

According to Mulinge, the federation has already accredited eight players (each category) for the Commonwealth Games should FIVB do justice to their chances.

"The performance in Ghana was impressive and we learned some vital lessons. We must channel all our energies on junior programs if we have to bridge the gap with top nations," Mulinge said.

"We have the zonal qualifiers for the World Under-19 Championship next month in which we intend to discover more talent. Teams have already been registered and we are waiting for bidding to know the host."

He said while they will organise trials to pick a team, they are also pushing the federation to bid to host either the men's or women's event.

Fast-rising players like Kenya Pipeline's Pamela Adhiambo have earned national team caps after being earmarked during the national tours.

The return of school games will also help spread the games around institutions.

"School games have been absent for two years and we have lost talent and time within the period. There's a need to start over."

Olympians Brackcides Agala and Gaudencia Makokha are expected to lead Kenya's charges in search of the sole slot reserved for the continent.
Sports
4 months ago