Tarus eager to lead Kenya to the inaugural Challenge Cup

• We are waiting for the go ahead from the federation. We want to plan early, the selection process is cumbersome and needs to be conducted over a period of time-Tarus.

• The men's team has improved drastically after moving to fifth position continentally and 61st globally according to the latest FIVB rankings. 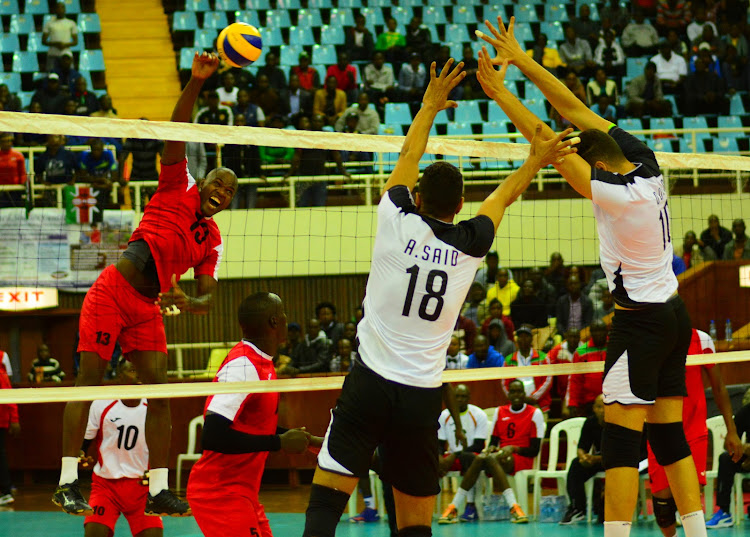 National men's volleyball team coach Gideon Tarus says they are eager to leave a mark in the inaugural FIVB Challenge Cup after the Confederation of African Volleyball opened registration for the competition on Monday.

Tarus lauded the idea behind the competition as a good opportunity for players to showcase their talents on a global platform.

"With the league ongoing, we will be looking for players who are consistent in order to get the right combinations. It is very important to be part of this competition as it will provide players with the right platform to showcase their talent. We want to leave a mark and show the rest of Africa that Kenya is up there with the best," Tarus said.

The General Service Unit tactician said he is waiting for the nod from Kenya Volleyball Federation to start preparations for the championship.

"We are waiting for the go-ahead from the federation. We want to plan early because the selection process is cumbersome and needs to be conducted over a period of time," Tarus said.

The men's team has improved drastically after moving to fifth position continentally and 61st globally according to the latest FIVB rankings.

To qualify for the FIVB Challenger Cup, each Confederation is required to organize their respective Continental Challenger Cups with a participation of at least four teams

In 2017, FIVB replaced the World League and Grand Prix with the  Volleyball Nations League for both men and women with the first edition held in 2018.

Since then, the Volleyball Nations League has been an annual event that features the top 16 national teams consisting of 12 core teams and 4 challenger teams per gender.

At the end of the Volleyball Nations League, the challenger teams get relegated based on their ranking, and their places are taken up by teams promoted from the FIVB Challenger Cup.