In a discipline synonymous with men, Wahome crowned her memorable debut in motorsport with the All Ladies Trophy at the Mountain Gorilla Rally in Rwanda 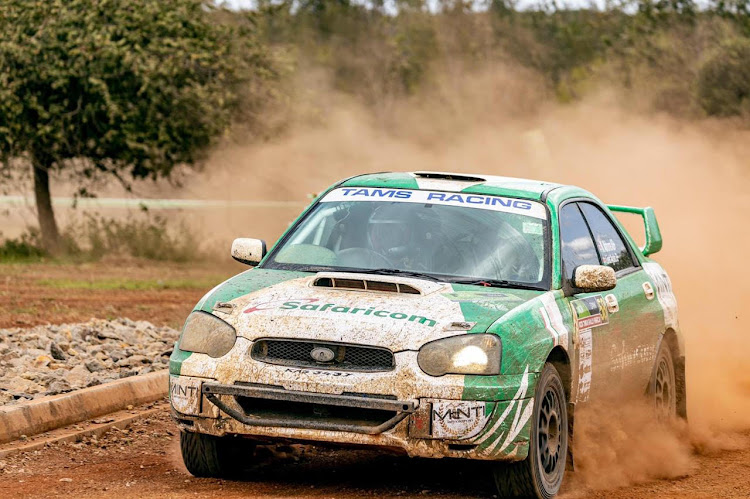 Double Olympic 1,500m champion Faith Kipyegon and Olympic marathon champion Peres Jepchirchir will be among five locked in a battle for next year's SOYA sportswoman of the Year Award.

Kipyegon, the world's 1500m silver medalist, overcame the challenges of motherhood to clinch her second ever Olympic gold in style, tearing away from the world champion, Dutchwoman Sifan Hassan in the last lap.

Up until then, the Ethiopian-born had been a standout in Tokyo, claiming the first of her two golds in the 10,000m in which she was peerless.

Kipyegon and Hassan have also dueled in the Diamond League series at the end of which the former ran away with the overall trophy.

For Jepchirchir, 2021 was an extension of the previous year in which she had clinched the world half marathon title in Gdynia, Poland, and the women's marathon in Valencia in December.

Tokyo brought with it good tidings as the 28-year-old led a 1-2 finish in Sapporo to claim the women's marathon title, followed closely by record holder Brigid Kosgei.

A perfectly-executed run in November earned her the New York title and an icing on the cake of what has been a blissful year for her.

In a year in which local football has provided little reason to smile, Shikangwa has been the poster girl of Vihiga's meteoric rise as a continental powerhouse.

The 20-year old's eight goals were pivotal as Vihiga reigned supreme on home soil to win the Cecafa qualifiers for Caf Champions League and qualify for the inaugural continental showpiece.

She also chipped in with four goals as the national team romped to a 15-1 aggregate win over South Sudan in a 2022 Africa Women’s Cup of Nations qualifier.

On the other hand, Okutoyi, the third-ranked junior player in the Confederation of African Tennis, has shown her mettle and potential to put Kenyan on the map as far as the sport is concerned.

Her shock straight set 6-3, 6-3 win over Moroccan Aya El Aouni did not only earn her the Africa Under-18 title but also worldwide acclaim as one to watch in the future.

Similarly, in a sport synonymous with men, Wahome crowned her memorable debut in motorsport with the All Ladies Trophy at the Mountain Gorilla Rally in Rwanda.

Opposite attacker Chepchumba was one of the shining lights in an underperforming Malkia Strikers who were eliminated from the Tokyo Olympics after losing their group games.

The Kenya Commercial Bank player has carried on the excellent form to the national league where she led the side to a second-place finish behind Kenya Prisons.