No player is guaranteed slot in my team, says Barasa

The trio of new signings who are all fresh from school have proven equal to the challenge and it is up to every player to push themselves to their limits to merit playing time. 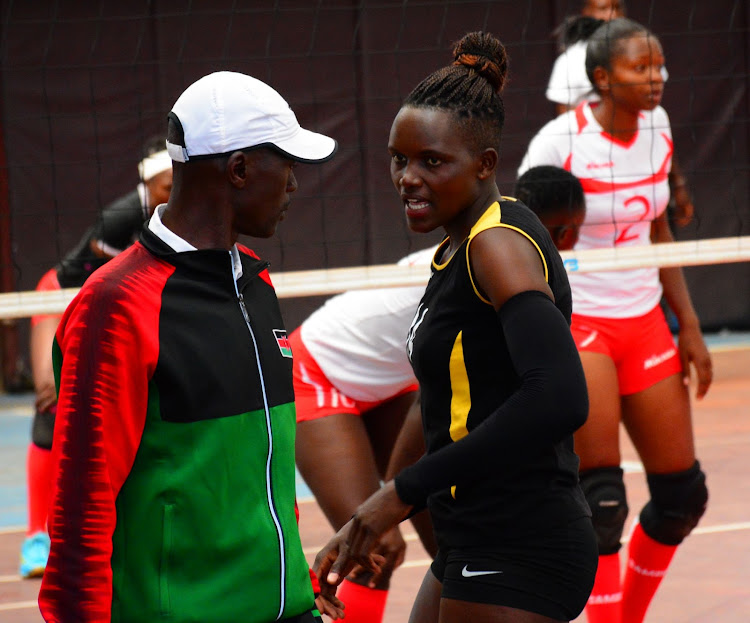 Prisons coach Josp Barasa (L) having a word with Masaisai in a past match
Image: FILE

Kenya Prisons coach Josp Barasa has given his players a clean slate to prove themselves and stake claim of their slots as youngsters threatento dislodge the more experienced players.

Even though the wardresses boast of three consecutive Kenya Volleyball Federation League titles, Barasa said he will not bank on past success when selecting his starting lineup for the new season, which starts on Friday.

He added that they have brought on board setter Merciline Okoko from Kesogon Secondary School as well as left attacker Naomi Nekesa and right attacker Rebecca Mwendwa from Kwanthanze.

"We have won three titles in a row with almost the same players but this is a totally different season where we start afresh as a team. Nobody is guaranteed a starting position and whoever convinces the technical bench bench during training will be given a chance whether young or experienced," Barasa said.

"The juniors have to learn from established players and should not be worried about their roles. They have shown the fighting spirit required in training to don the Prisons colours and it's up to them to remain consistent."

The first leg of the KVF league will be played in Kapsabet on Friday before clubs participate in the Nandi County Governor's Cup tournament on Saturday and Sunday.

Barasa said he will use both competitions to blood in youngsters ahead of a grueling season but priority remains defending the league title.

"There's nothing satisfying than being crowned national league champions and the players have the obligation to play to their strengths and defend the title. We want to start strongly because it is going to be a long season," he said.