Brazil woke up the lion in Hamilton, says Wolff

The Briton’s second win in the space of eight days closed the gap at the top to eight points after Verstappen had gone 21 clear on a controversial Saturday in Latin America. 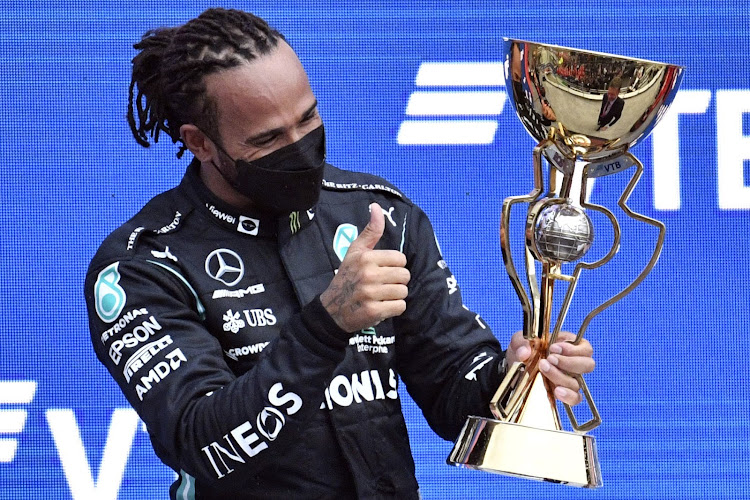 Winner Mercedes' British driver Lewis Hamilton celebrates on the podium after the Formula One Russian Grand Prix at the Sochi Autodrom circuit in Sochi on September 26, 2021.
Image: AFP

Lewis Hamilton has turned adversity into advantage and is back to his ‘brutal’ best in the Formula One title battle with Red Bull’s Max Verstappen, Mercedes team boss Toto Wolff said on Sunday.

“They have woken up the lion on the Saturday in Interlagos,” the Austrian told reporters after Hamilton won the inaugural Qatar Grand Prix.

The Briton’s second win in the space of eight days closed the gap at the top to eight points after Verstappen had gone 21 clear on a controversial Saturday in Brazil.

Sao Paulo’s Interlagos hosted a sprint event, with points awarded to the top three on the Saturday before the main event on Sunday.

Hamilton went from first to back of the grid for that 100km sprint, after his car’s rear wing failed a technical inspection, but fought back to fifth before an engine penalty demoted him back to 10th on the grid for Sunday’s race.

He still won the grand prix, cutting Verstappen’s lead to 14 points and then slashed it further with a pole to flag win in Qatar, the last of a triple-header of races on successive weekends.

“He’s absolutely on it. Brutal, and cold-blooded,” said Wolff of the Briton, who started Sunday’s race on pole position and won by 25 seconds. “This is the best in Lewis, and we’ve seen it in the past. He’s right there.”

Two races remain, in Saudi Arabia and Abu Dhabi, and Hamilton’s hopes of a record eighth title are back on and gathering strength.

“I think when adversity happens, then it takes him to a place where he’s able to mobilise superhero powers,” declared Wolff. “And it was the adversity that triggered that in Interlagos.”

Hamilton and Mercedes have spent much of the year saying Red Bull have the quicker car but it does not seem that way now, with Mercedes showing impressive straight line speed. The new engine that Hamilton collected in Brazil was not raced in Qatar, held back for Saudi Arabia’s new super-fast street circuit in Jeddah.

“Saudi should be a good track for us,” Wolff told Sky Sports television. “But we know this year when you think it’s a good one it can turn the other way around, but it’s a long straight. We’ll get our spicy engine out for Saudi Arabia that we didn’t use (here).”