Tundo savours fourth win of the season in Thika thriller

• “It’s such a great feeling emerging the winner in Thika. We got a puncture in the opening stage and began our recovery on the second stage,” said Tundo.

• Out of the 16 starters, only seven managed the demanding conditions at MKU Thika campus which also hosted the service park, Rally Headquarters and the 3.2km super special at the Graduation Pavilion. 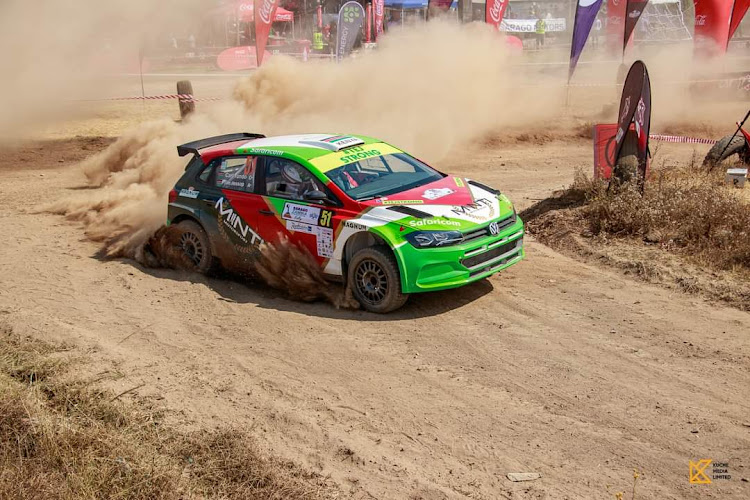 Tundo was the victor on ARC Equator Rally, in his Mini Motorsport VW Polo R5, won Machakos Rally and Nanyuki in his R4 Evolution machine.

“It’s such a great feeling emerging the winner in Thika. We got a puncture in the opening stage and began our recovery on the second stage,” said Tundo.

Third overall was CRS Racing Jasmeet Chana, who completed the podium dash in a time of 01:52:15.5.

Tundo rallied from fifth fastest in the opening 30km Buffalo Hills section where he picked up a puncture but pulled through with first fastest on SS2 Ananas stage. Chager made good progress as the rally wore on.

Despite finishing second, Chager picked bonus championship points for winning the power stage which was the repeat run of Ndula Stage.

His navigator Ravi Soni was nevertheless left to rue their nightmarishly first loop experience more so at Buffalo Hills which was the toughest in the seven-stage rally.

“Today was a difficult day for us. At SS1, our rear left drive shaft broke and so we went in three wheel drive. We also stopped to check what exactly the problem was and we lost over a minute on that. Coming back to the last loop, we took all the three stages. Buffalo was actually a very difficult stage,” said Soni.

Out of the 16 starters, only seven managed the demanding conditions at MKU Thika campus which also hosted the service park, Rally Headquarters and the 3.2km super special at the Graduation Pavilion.

Three competitors, Peiro Canobbio, Aakif Virani and Steve Mwangi were disqualified for going off the route.

Both Piero and Aakif were fined Sh20,000 for twice deviating from the route course.

Mwangi was also fined Sh20,000 and a further Sh10,000 for failing to honour the summons of the stewards. The trio were found to be in breach of Article 11.11B of the KMSF National Competition Rules (NCRs).

The rough and tough nature of the Rallye Sports Club (RSC) round also claimed a number of drivers including Eric Bengi, who kissed the event goodbye barely 2km into the opening stage at Buffalo Hills

“We hit a rock on the first stage and broke the front suspension arm,” said

Hamza Anwar, who is in the Rally Star program, retired in the first loop with mechanical gremlins.

Seventh was former Two Wheel Drive champion Daren Miranda who teamed up with Amman Shah in a Subaru Impreza.

KCB Guru Nanak Rally will wrap up the 2021 KNRC season in Stony Athi on December 12. The 2021 KNRC has been to Nakuru, twice in Naivasha for ARC Equator Rally and WRC Safari Rally, Voi, Machakos, Ramisi and Nanyuki.