On the 15 new players, Ojienda said: “We went for experienced players who have played in NSL before.

•The team did not field some of their new signings since their registration had not been completed.  They will, however, be part of the team when the league resumes. 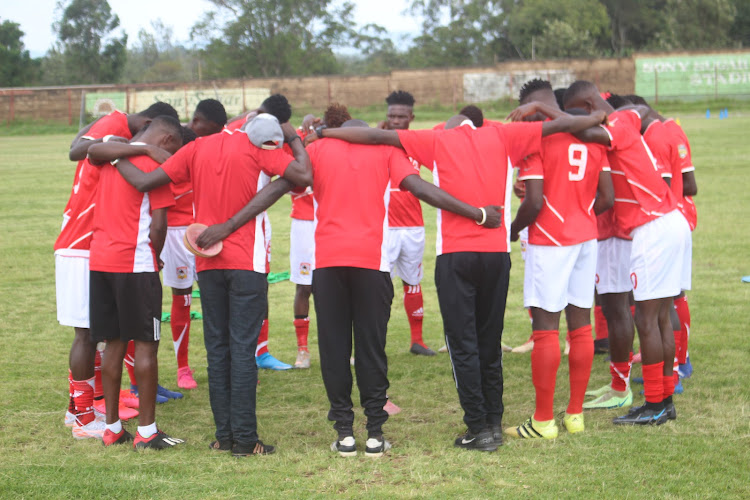 God help us Shabana players and members of the technical bench at Sony Green Stadium in Awendo.
Image: ANGWENYI GICHANA

National Super League side Shabana have beefed up their squad by signing 15 players as they seek a return to the Kenyan Premier League.

Shabana started their campaign with a barren draw against newly-promoted Mara Sugar at Sony Green Stadium in Awendo, Migori County two weeks ago.

The team did not field some of their new signings since their registration had not been completed.  They will, however, be part of the team when the league resumes.

On Thursday, Shabana coach Robert Ojienda said he will field most of the new players in their friendly against Gor Mahia on Saturday at Moi Stadium in Kisumu. Gor Mahia are in Kisumu for a series of friendly matches. On Friday, the multiple KPL champions will play Kisumu All Stars. 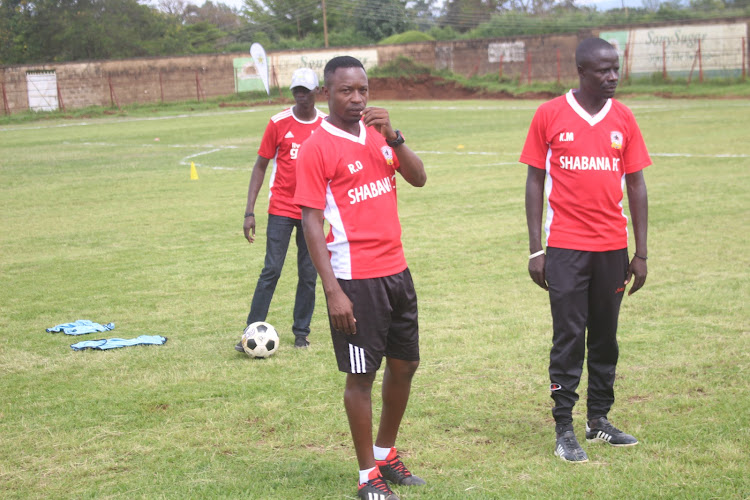 “It’s a very good friendly for us. We started the league and it was stopped by the caretaker committee. For us to keep the tempo, we need to continue playing and the friendly against Gor Mahia will help us gauge some of the new players,” said Ojienda.

He said the new players will also replace those who departed to join Kenyan Premier League clubs. Ojienda has been charged with the responsibility of guiding the former giants back to the KPL after four seasons in the second-tier league.