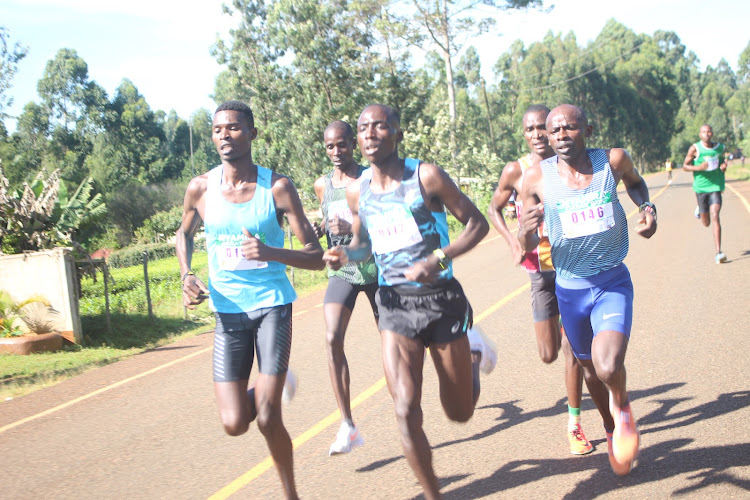 Athletes battle it in the men's 10kms race during the Nyamira North race
Image: ANGWENYI GICHANA

It was sweet revenge for Arita who finished second in the Masaba North 10km race a month ago.

Arita, who runs for the Kenya Defence Forces, was in the leading pack throughout the race but broke away at the 8km mark and never looked back. Onchari’s attempts to catch up with him proved futile.

“We ran together up to 8kms when I decided to break away from them. Since I have a strong finishing kick, I decided to widen the gap,” said Arita. He said he was using the event to prepare for the KDF cross country and the December 13 Nyamira Great Run 21kms event.

On his part, Onchari said he has not fully recovered after pacing in the Paris Marathon last month.

“I’m contended with my second place finish since this is the first event since I paced in the Paris Marathon. I’m now heading back to my training base in Iten to prepare for the 21km race,” said Onchari.

In the women’s category, Moseti who recently finished fourth in Milan Marathon clocked 33:34.32 to win the race ahead of of Nancy Kerage who  timed in 36:02.66. 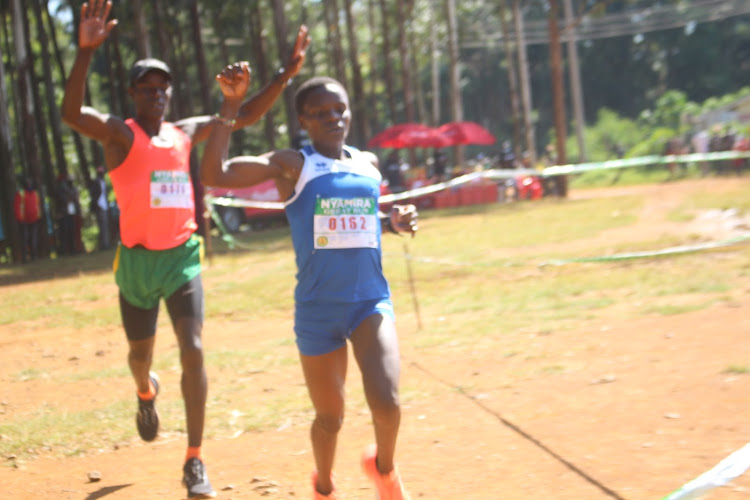 “I was using the race to test myself ahead of Madrid Marathon mid-month because I have a nagging hip injury. However, I’m happy I won the race. The course was perfect and weather good,” said the diminutive athlete.

Nyamira Governor Amos Nyaribo who was the chief guest said the county is keen to tap talent.

Nyaribo, who was accompanied by his deputy James Gesami, said the county would continue sponsoring the events.

“Next year, this event will be bigger because we want to increase the prize money. We are also planning to sponsor races for primary and secondary schools,” said Nyaribo.