Kakamega will be the third county to host the awards gala outside Nairobi after Mombasa and Nakuru. 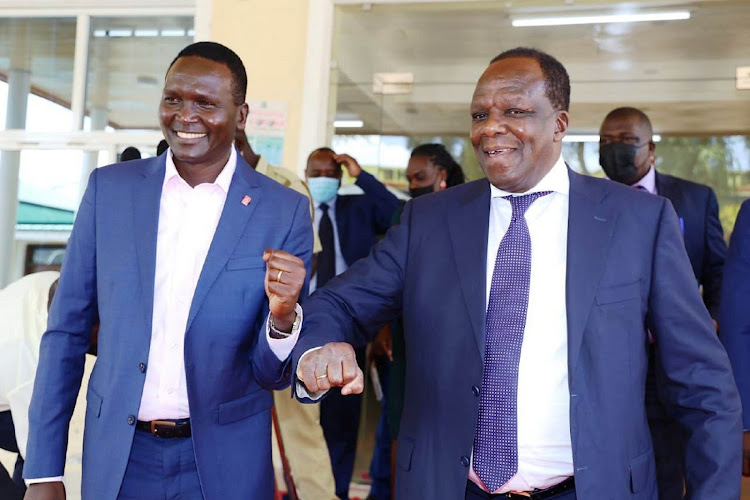 Kakamega County will host this year’s Sports Personality of the Year Awards (SOYA) in January 2022.

The Soya Awards organisers signed a memorandum of Understanding with the County Government of Kakamega on Thursday.

Kakamega will be the third county to host the 17-year-old event outside Nairobi after Mombasa and Nakuru counties.

The theme for the 2021 SOYA Awards will be “From Resilience to Recovery” to emphasise the need for the continuation of sporting activities amid the negative impact of the Covid-19 pandemic to the industry.

“The theme also communicates to the world that sports have weathered one of the toughest races to face humanity and is emerging even much stronger,” Oparanya said.

“Through these awards and recognition, youths have been socially transformed, various sports disciplines have been promoted and careers in sports have been defined. In addition, the Soya annual event has given rise to the creation of links between sports and corporate organisations which has gone a long way in benefiting sports people,” he said.

Oparanya called on all sportsmen, sports lovers and members of the public to get vaccinated against Covid-19 as the country looks forward to the resumption of normal sporting activities across the board.

Tergat hailed the county government for the investments it has made in the development of sporting infrastructure.

“As I drove here, I was able to see and believe that sports is a big industry here. This is where great sportsmen come from. This region has immense potential for sports,” he said.

Oparanya said that the event presents a unique opportunity for grassroots athletes, especially from Kakamega County to interact with reigning elite superstars, including Olympians from the recently concluded Tokyo Olympic games.

He said that Kakamega is a county with rich sporting history, especially in football and sprints and a key production line of legendary sports personalities and host to many sports events.

“We have also achieved milestones in terms of sports infrastructure with the iconic Bukhungu International Stadium leading the list of the sports facilities in the county."

"We are also upgrading sports fields in sub-counties to provide training space for sportsmen and women during international events hosted in the region,” said Oparanya.

He said the county is in the process of putting up three mini-stadia in the northern, central and southern regions.

Oparanya said the county is in the process of establishing a senior men's football team and a women's netball outfit with an aim of having them play in the various national league.