Several runners dropped out in Japan and others who finished were left severely fatigued.

• Kosgei believes she is fit enough to be competitive in London this weekend.

•Kosgei is aiming to become only the second female runner after Germany's Katrin Dorre-Heinig (1992-94) to win three successive London Marathons. 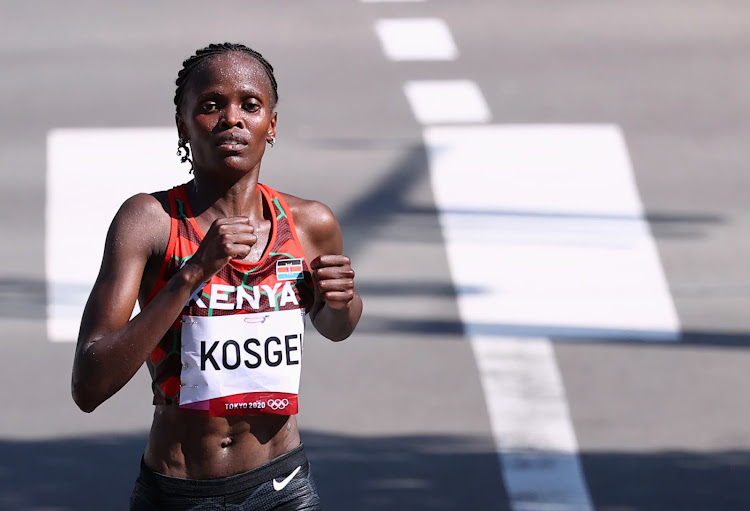 Brigid Kosgei of Kenya in action during the Olympic Games
Image: REUTERS

Brigid Kosgei believes she can still defend her London Marathon title on Sunday despite the race coming soon after the strain of the Olympic Games.

This weekend's race takes place just eight weeks after the Kenyan won silver at an Olympic marathon in Sapporo staged in hot and humid conditions.

Several runners dropped out in Japan and others who finished were left severely fatigued.

But Kosgei believes she is fit enough to be competitive in London this weekend.

"Before I came here I was running in the Olympics last month, my body was still very tired but I did a lot of preparation to correct this," Kosgei said Friday.

"After the Olympics I went and had maybe two days' break and then I continued practice. My training is going well and I have prepared well and I am ready for Sunday."

Kosgei is aiming to become only the second female runner after Germany's Katrin Dorre-Heinig (1992-94) to win three successive London Marathons.

She added: "I love London so I would really like to do that here. I am ready as I have prepared well as I want to defend my title."

Kosgei first won in London in 2019 and defended her title the following year on an elite-only adapted course, because of coronavirus restrictions, which looped St James's Park.

The 27-year-old is also the women's marathon world record holder with a time of 2 hours 14 minutes and four seconds, from the Chicago Marathon in 2019.

But Kosgei said she was unconcerned by the prospect of setting a record at the weekend.

"No I don't have any course record (as a target) because I come from the Olympics not far away, it's just one month and something, so no preparation there which is good to prepare for the women-only record."