• Kenya are in Pool B alongside Cameroon, Burundi, Tunisia and DRC in the five-team group. 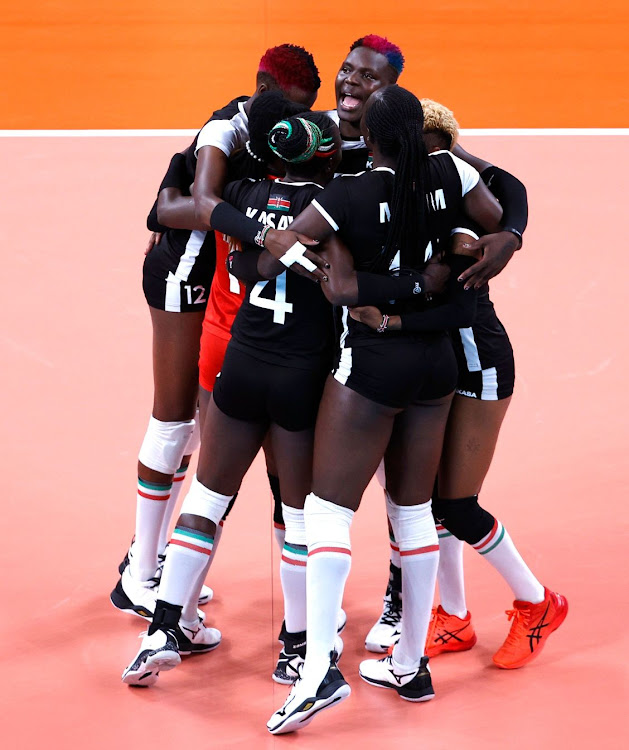 Malkia Strikers' coach Paul Bitok is using ongoing African Nations Championship in Rwanda to come up with his first team for future events.

Bitok said he intends to rotate the team as he seeks to give each and every player a chance in a bid to gauge the overall performance.

The gaffer's sentiments come following the country's impressive 3-0 win over the Democratic Republic of Congo, where he fielded several youngsters.

"We are trying to come up with the starting line-up and everybody will have a chance to cement her  position in the team," Bitok said.

"Depending on how they perform in this event, the likes of Esther Mutinda, Leonida Kasaya, Sharon Chepchumba and Pamela Adhiambo have a chance of making my team.

"Others like Edith Wisa, Loraine Chebet  and Agrippina Kundu are also  formidable and have a chance.

"Let us just say all of these players have a chance if they can punch above their weights.

"I want them to develop a  good understanding of my playing system in the shortest time possible before I make my next move," he noted.

Malkia Strikers bounced back to winning ways against DRC to record their first win in the bi-annual tournament after falling short against Cameroon on Sunday.

The Kenya team made light work of the Central Africa representatives after limiting them to only 11 scores in the opening set as the they won 25-11 to lay down a marker.

Malkia were in their best element in the second set and their all-round display saw them record 25-12 win.

DRC threatened to pull off a major comeback but Malkia stood firm to seal the match.

Their Olympics experience proved vital with 25-19 scoreline in the third set enabling the team to snatch all the three points.

The win saw the African giants bounce back in contention for the title  after firing blanks in the opener against Cameroon.

Kenya are in Pool B alongside Cameroon, Burundi, Tunisia and DRC in the five-team group.

Malkia are rebuilding  the team after under-performing in Tokyo with some of the players in the twilight of their careers.

Bitok has previously stated that Kenya will face hurdles during transition but expects the upcoming players to fit into the team with time as focus switches to the 2024 Olympics in Paris, France. Kenya face Tunisia on Tuesday.