•To inspire local runners, Nyaribo said the first local athlete to cross the finish line will get Sh100, 000 while second and third placed will receive Sh75, 000 and Sh50,000 respectively. 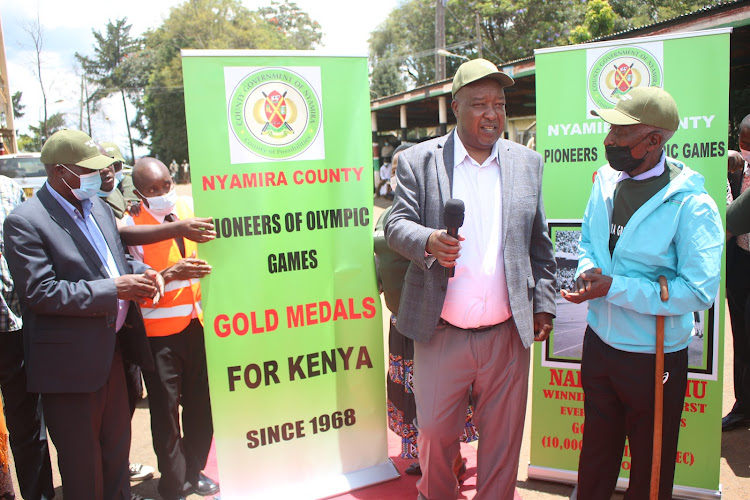 The inaugural Nyamira Great Run set for October 31 was officially launched on Tuesday at the county headquarters by area Governor Amos Nyaribo.

The 21-km race will start at Chepilat on the border of Nyamira/Bomet Counties and finish at Ikonge Primary School grounds. According to Governor Nyaribo, the race targets to rekindle the spirit of athletics in the region.

To inspire local runners, Nyaribo said the first local athlete to cross the finish line will get Sh100, 000 while second and third placed will receive Sh75, 000 and Sh50,000 respectively.

The race will be preceded by the 10km and cross country races to be held in all the sub counties. The first event in the five-part series will be held at Ensoko playground in Borabu on September 26 while Gesima in Masaba North will host the second event on October 3.

Esanige in Nyamira North will play host to the third leg  on October 10 with Manga staging the penultimate event on October 17. The last race in the series will be at Sironga in Nyamira South on October 24.

“We wanted to have the events start at grassroots and that is why we are having the sub county events which will culminate in the main event. This is one of the biggest athletics events in Nyanza and Western regions,” said Nyaribo. 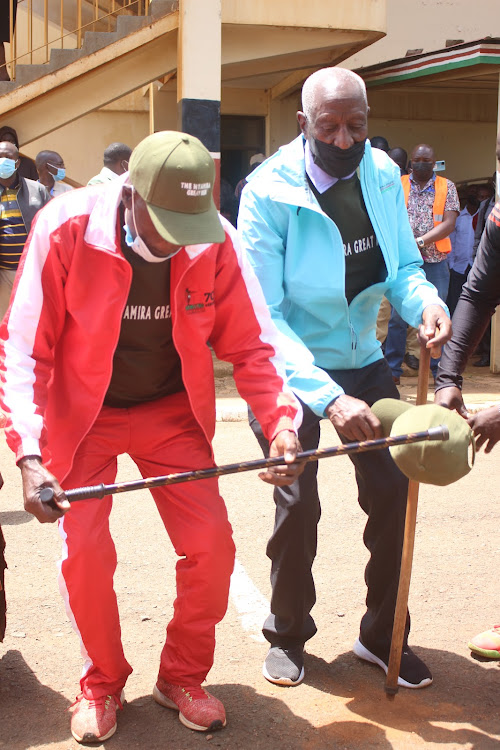 “Over the years, athletics standards in the region have dwindled. However,  all is not lost. The genes of Asati, Nyamao and Robert Ouko are still here. My government is committed to revive athletics in Nyamira and I want to send a strong warning to our neighbours in the Rift Valley that we are coming back,” said the Governor.

He added: “This is just beginning. This race will be held annually and we want to make it bigger. We want to return Nyamira to the World map.”

He announced that Manga Stadium will be completed by December while the construction of Esanige Stadium in Nyamira North which is being done by national government, will start before the end of the year.

He said his administration will construct at least five sports academies across the county. Legends Asati and Nyamao hailed the county for launching the race, saying it will go a long way in exposing local runners. 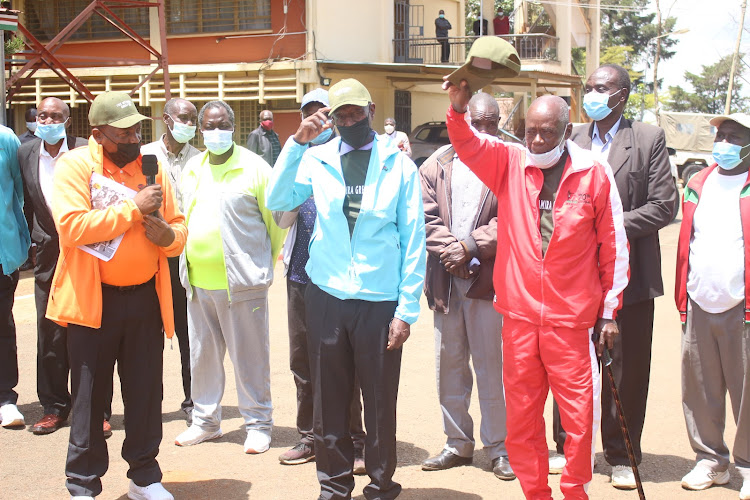 Nyamira Sports Minister Grace Nyamongo said that all Covid-19 protocols will be followed during the race. “We wanted to hold the event earlier but due to the Covid-19 situation in the country, it would not take place,” she said.