Junior triathletes set for Zimbabwe camp ahead of Africa Cup

•The Africa Triathlon Cup is set for September 25 in Troutbeck, Zimbabwe and Kenyans will be hoping to qualify for the continental event after the camp.

•Josette Njeri and Joseph Okal are the top-ranked male and female triathletes in Kenya with 609 and 509 points respectively.

•KTF will also conduct national trials on Saturday at Tatu City ahead of October's Continental Championship in Windhoek, Namibia. 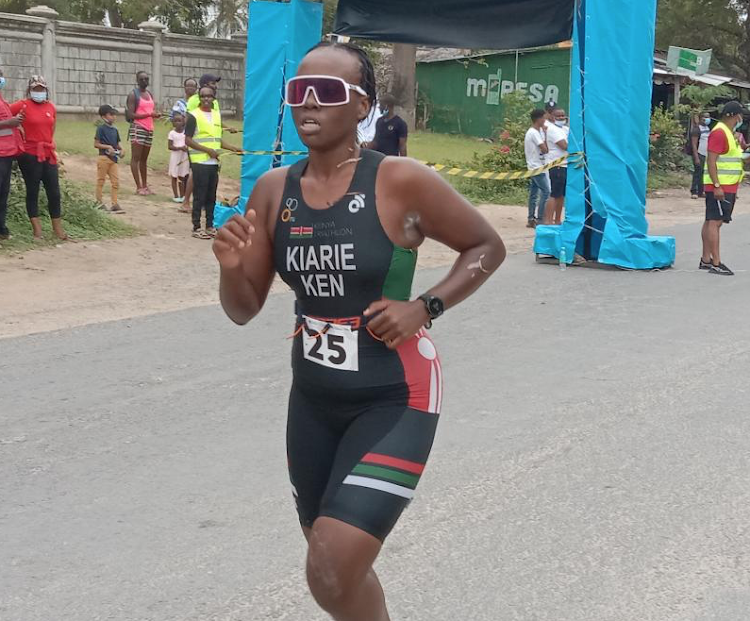 Josette Njeri in a past triathlon competition.
Image: COURTESY

Five Kenyan triathletes are set for a week-long high performance training camp in Zimbabwe as they gear up for the Africa Triathlon Cup in Troutbeck, Zimbabwe on September 25.

The five —Josette Njeri, Joseph Okal, John Paul Makona, Joshua Okal and Trevor Mwamisi — will benefit from the camp, funded by World Triathlon albeit they will have to cater for their air travel expenses.

“We were given four slots (two male and two female) but because this is a self-sponsored trip, just one female (Josette) registered. But we wrote to Africa Triathlon to allow us to send three males and one female and they were so kind to give us even an extra slot," Salonik Ole Koyiet, Kenya Triathlon Federation Secretary-General, said.

Njeri and Joseph are the top-ranked male and female triathletes in Kenya with 609 and 509 points respectively.

On the other hand, Makona, Joshua and Mwamisi will be hoping to transit to the senior ranks after the camp in addition to competing in the continental showpiece.

Ole Koiyet described the camp as a wonderful opportunity for the triathletes since coach Alfan Mwanyika will also be in attendance.

"He (Mwanyika) will also be in the camp whereas Joyceline Nyambura will be the Team Manager.  Kenya actually goes with the biggest number of participants in Africa," he said.

Furthermore, Kenya will be represented by two triathletes at the Under 23 level — Soud Hassan Soud and Jesse Okal — at the continental tournament, which will act as a point-earning event.

Elsewhere, KTF will conduct national trials on Saturday at Tatu City to select the team to represent the country at October's Continental Championship to be staged in Windhoek, Namibia.