Those shortlisted from the countrywide search —spearheaded by Uprise Sports Organisation and Tusk — will undergo a second round of assessment.

•The initiative has focused on seven towns including Nakuru, Kisii, Kisumu, Eldoret, Kakamega, Bungoma and Nairobi 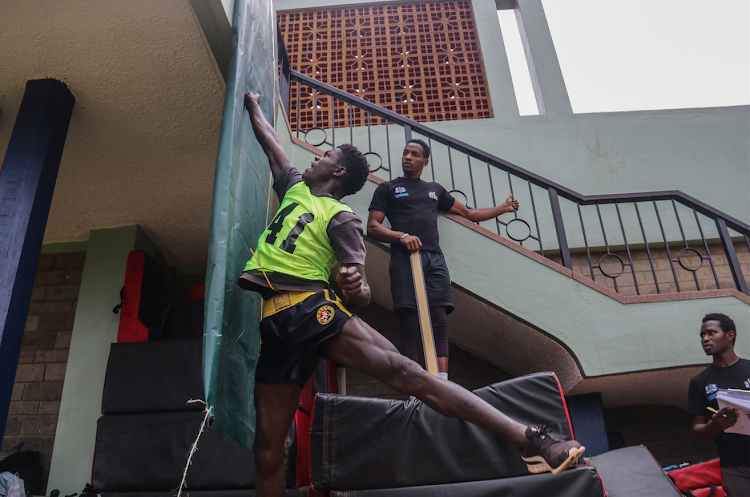 Oluniyi Carew, the coordinator in charge of the talent search in the country, said they have visited Nakuru, Kisii, Kisumu, Eldoret, Kakamega, Bungoma and Nairobi to scout for players aged 16-24 with exceptional athleticism.

"Osi's story is a little bit similar to what we are trying to do here. He is of Nigerian descent but born and raised in London but moved to the U.S in his teenage years where he began playing American football and played for the New York Giants. He believes that Africans have the natural talent, athleticism and prowess to succeed in American football  whether in the US or the UK," Carew said.

Nairobi was the last stop on Saturday as approximately 35 youngsters turned up at KCB Sports Club in Ruaraka to try their luck. In addition to the age requirement, participants were required to measure 6ft 4 in height as per the metrics applied in the NFL.

"I think there are certain aspects in which we are still short as far as NFL standards are concerned. We work with norms from the NFL because everything we have done here is what is done in an NFL combine when recruiting football players coming out of university. There are  a few drills where the guys struggled like sprint and bench press," he said. 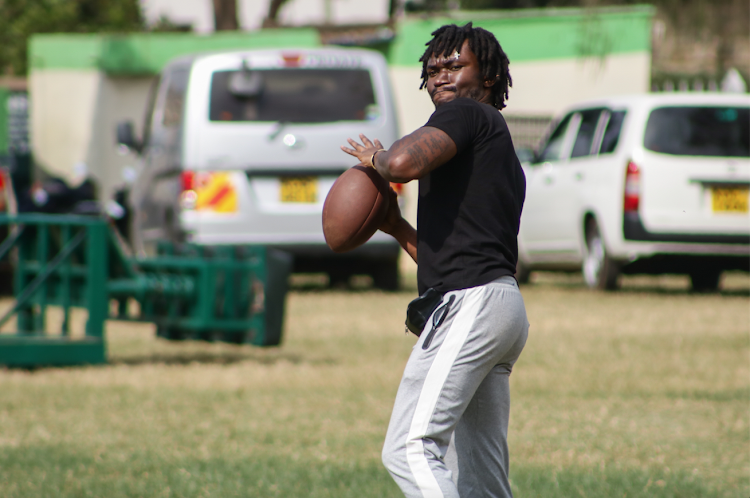 Those shortlisted from the countrywide search —spearheaded by Uprise Sports Organisation and Tusk — will undergo a second round of assessment.

"We have seen a few guys who are quite decent and would love to work with. We will create a shortlist and then have a second round of assessment. Should anyone be deemed to be up to standard,  then they will proceed to a third round of assessment with those shortlisted from the search conducted in Nigeria," Carew said.

Similar talent searches will be conducted in South Africa, Senegal and Ghana.

Although the sport is yet to garner a huge following in the country, Kenya has etched its mark in the NFL when Daniel Adongo joined the Indianapolis Colts in 2013.

It was first introduced in the country in 2012 and is gradually growing in some of the top universities, including University of Nairobi, Technical University of Kenya, USIU and JKUAT.

The Kenya Federation of American Football league has also been ongoing for the past four years with three teams in contention: JKUAT Sparrows; UoN Mighty Nyati and Umoja Chiefs.