Despite Covid-19 wreaking havoc on sportspersons' preparations, past Olympians and Olympics Kenya exude confidence the team will post great returns in Japan.

•Both advise the Olympians to trust in themselves and not to fear anyone. 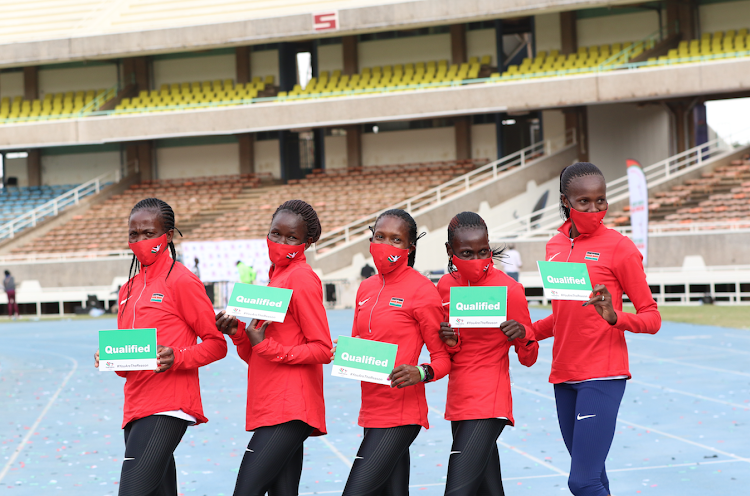 In the next week, at least 100 Kenyans will join tens of thousands of their peers in Tokyo, Japan as the curtains open for the 32nd edition of the Olympics.

Not since the 1976 Montreal and 1980 Moscow Games — marred by political undertones and boycotts — has an Olympics edition been characterised by so much anxiety as this one.

Back home, it has been a trying 12 months for Team Kenya — who have had to soldier on with preparations for the event amid concerns over the risk of transmission of the virus while training.

In the course of the first, second and third waves, sporting activities have been halted, disrupting many sportspersons' training schedules.

Increasing doubts and calls for the cancellation of the showpiece, originally scheduled for July 24—August 7 last year, has not done much for the mental health of many aspiring Olympians — who consider it their ultimate dream and a pinnacle of their sporting careers.

Nonetheless, even as the pandemic continued to wreak havoc on sportsperson preparations, Olympics Kenya put up a brave face, exuding confidence the team would better (if not surpass) past successes on this grand stage.

"From where I sit, the Games will continue this year. As a country, we are ready and cannot wait to compete against other countries. NOC-K continues to provide the necessary leadership and critical link with the Games’ organisers to ensure successful and triumphant participation in the unique Olympic and Paralympic Games," Olympics Kenya president Paul Tergat said earlier this year. 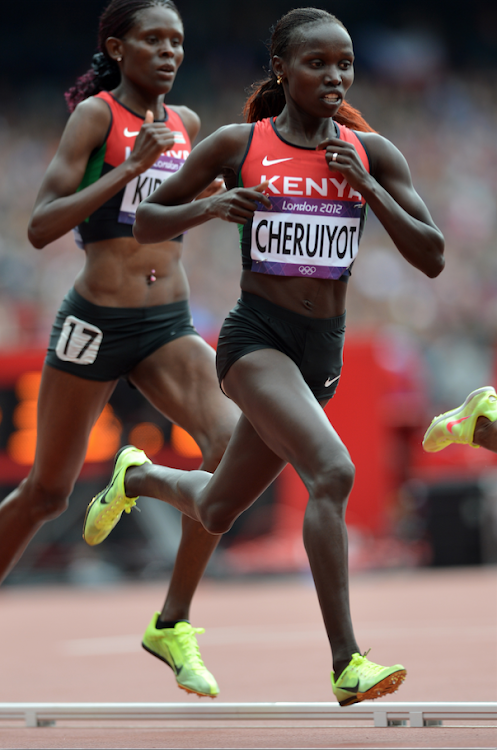 Vivian Cheruiyot competes in the women's 5000m at the London Olympics.
Image: FILE

This is a sentiment shared by other past Olympians who are confident the sportspersons can do the country proud regardless of the circumstances leading up to the championships.

The 2016 Rio Olympics 5,000m champion Vivian Cheruiyot believes the team has an embarrassment of talented athletes on whom the country can depend on for glory.

Cheruiyot, who also clinched a silver in the women's 10,000m in Rio, looks to Kenyans' recent exploits in the Diamond League as an indicator of what to expect in Japan.

"The performances in the series should be our source of hope although it is going to be very tough, especially with the Ethiopians. Regardless, as a Kenyan, along with many others, I will be cheering and praying for them. Whatever the result, we will appreciate them and welcome them back home heroically," she says.

The women's 5,000m Olympics record holder also points out the recent national trials at Moi Stadium, Kasarani as a source of solace for anyone who may be worried about the levels of performance.

"I was there at Kasarani and from what I saw, the trials were very competitive. Everyone gave it their best and the final team selected is a very strong one," the 2015 world champion says.

Catherine Ndereba is a household name of global stature who boasts a burgeoning medal collection and reputation. 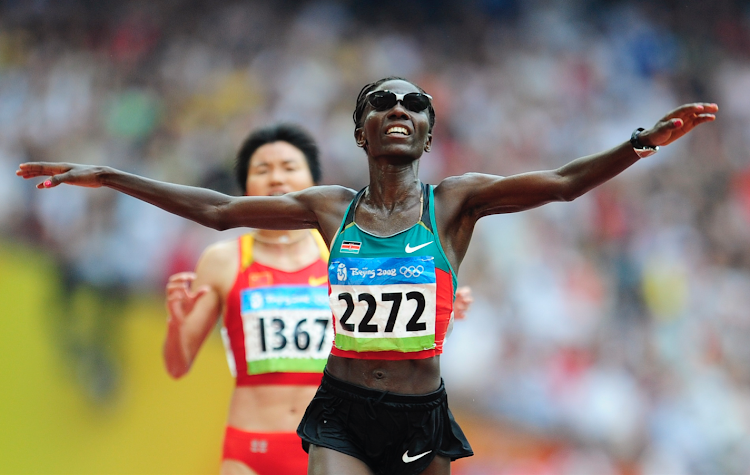 Catherine Ndereba dashes to second place in the women's marathon at the Beijing Olympics in 2008.
Image: FILE

Having participated in and won silver in the women's marathon at the Beijing Olympics in 2008, she is all-too-familiar with the feeling of competing at this stage.

She is holding out hope, believing that Team Kenya will perform exceptionally not only in athletics — the source of the country's dominance in the Olympics — but also in other disciplines, such as boxing, beach volleyball, women's volleyball, taekwondo, rugby and swimming.

"You never know. They might just come away with medals other than just the runners. Our God is a God of impossibilities and anything can happen," Ndereba, once hailed by the Chicago Tribune as the greatest female marathoner of all time, says.

Ever since their maiden appearance at the 1956 Olympics in Melbourne, Australia, Kenya has developed a love affair with the quadrennial games in terms of medals.

Bar Melbourne and the subsequent edition in Rome, Italy, the country has reaped dividends at the Olympics, majorly through athletics.

Wilson Kiprugut holds the honour of being the first Kenyan to win an Olympic medal courtesy of bronze in the men's 800m at the 1964 Olympics, interestingly, in Tokyo. 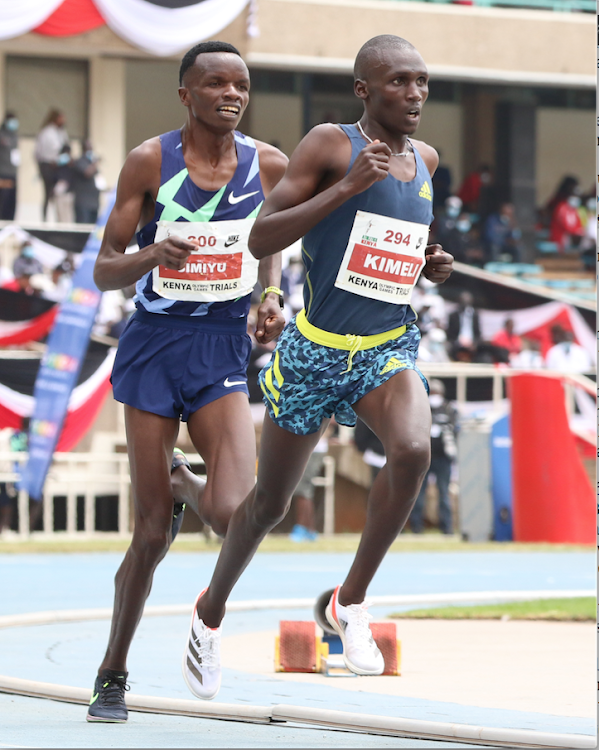 Naftali Temu went a step further with the country's first ever gold medal in the men’s 10,000m at the 1964 Games in Mexico City— a prize that remains elusive to date as far as this race is concerned.

Female athletes have also played their part in cementing the country's reputation at the Olympics beginning with Pauline Konga, who is the first ever Kenyan woman to win an Olympics medal — a silver in the 5,000m at the 1996 Games in Atlanta, USA.

Their subdued fortunes in recent years notwithstanding, boxing has also been a source of Olympic medals for the country.

Other pugilists who have done the country proud on the grandest stage include Samuel Mbugua and Dick Murunga (bronze at 1972 Games in Munich), Ibrahim Bilali (bronze at 1984 Games in Los Angeles) and Chris Sande (bronze at 1988 Games in Seoul). 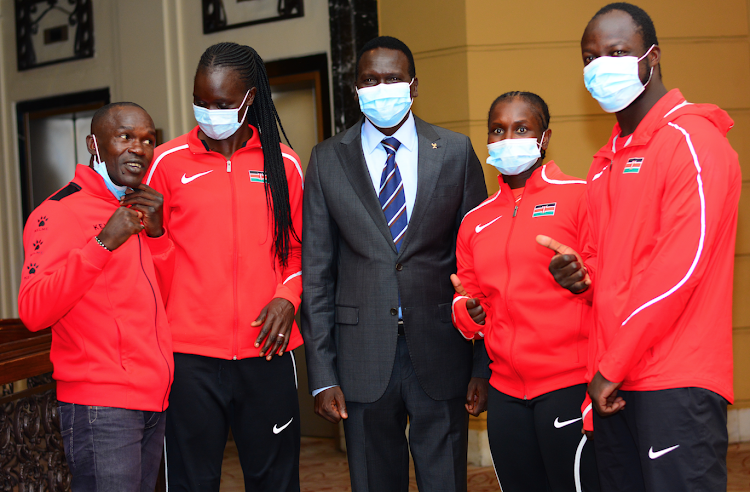 With the reputation of the Olympics as one of the major sports events on the planet, little wonder that competition levels are always A-class as participants battle to make history for themselves.

Ndereba and Cheruiyot do not expect this edition to be any different. They believe Team Kenya have been marked out by their rivals, who will pull all stops to spoil the party for the East Africans.

In particular, Cheruiyot expects Ethiopians to be a thorn in the flesh for the homeboys and girls.

"It will be very competitive between Kenya and Ethiopia especially in the 10,000m and 5000m. However, I believe in Obiri (Hellen) as someone who will rise to the occasion. The women's 1,500m team is also very strong considering the form that Faith (Kipyegon) has been in during the Diamond League," she says.

During the prevailing Diamond League series, Kipyegon has been involved in a tantalising track rivalry with Dutchwoman Sifan Hassan, the world 1,500m and 10,000m world champion.

Cheruiyot believes Hassan's decision to double in the 1500m and 10,000m may work in favour of Kipyegon, who will be more refreshed and focused on her specialty. 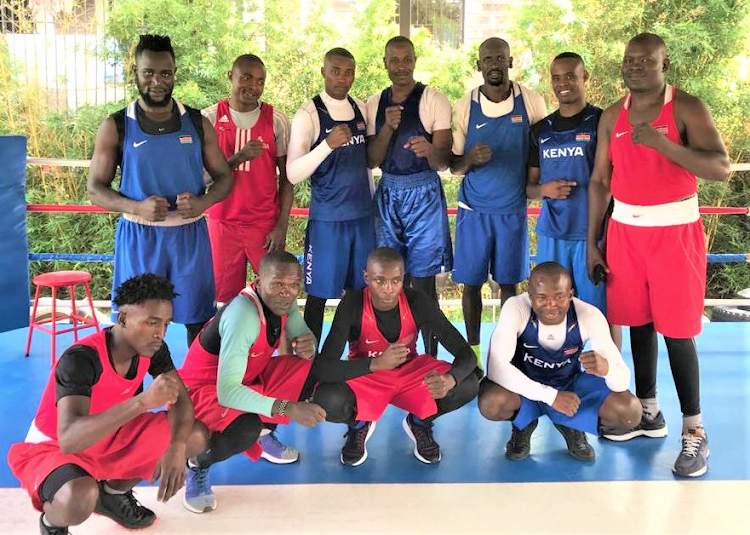 Many in the team will be debuting at the Olympics and thus may be overawed by the magnitude of the occasion.

However, Ndereba's advice to them is to maintain their focus on themselves and to numb out any anxieties, which may come from being on this stage.

"I would tell them to just stay focused and not to let anxiety take control. They should trust that they have done all they could have done to prepare for these championships and leave everything to God. They should just work hard to achieve their target and what is out of their control, let them not fret over it," the four-time Boston Marathon champion says.

On her part, Cheruiyot assures the debutants that all the other competitors will be just as tense.

She expects those who have participated in the Diamond League series to be less nervous considering they will be facing the same opponents in Tokyo.

"Tension is a part of the game whether you are debuting or not. There are usually so many questions popping in your mind especially during the start of a race," she says.

"Maybe you are standing side by side with another athlete who has had a great season, broken a world record or set a world-leading time. Do not worry about them because championships, such as these, can turn out differently. Just believe in yourself."

As per the words of these two Olympians, gracing the Olympics is a humongous responsibility — but a beautiful opportunity — to come back home a hero.

Onwards to Tokyo where glory awaits.