"My record speaks for itself," Kemboi says of decision to quit the track

The multiple World 3000m steeplechase champion says he is satisfied with his accomplishments on the track and so sought to transition to marathon races.

•Kemboi won four world titles and two Olympics titles in addition to a gold medal at the 2006 Commonwealth Games in Melbourne, Australia 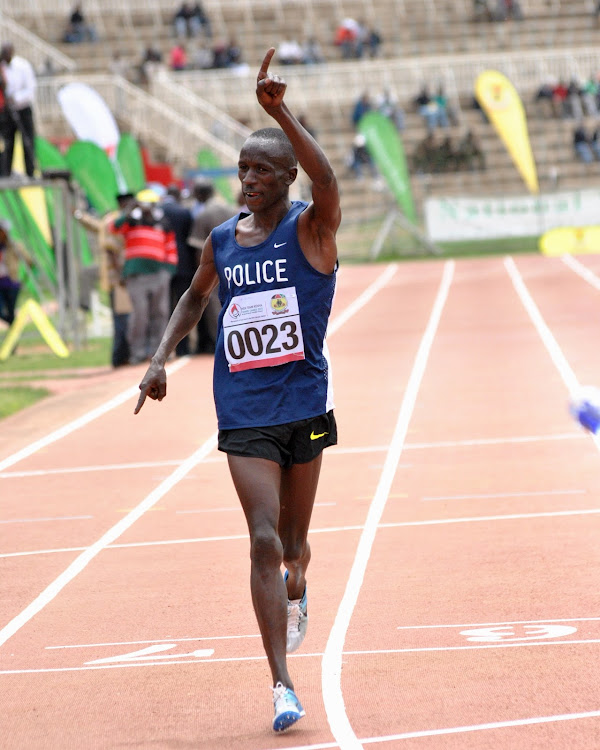 Multiple world 3000m steeplechase champion and double-Olympic gold medalist Ezekiel Kemboi said he chose to focus on road races because he felt he had nothing left to prove on the track.

The legend, who boasts four world titles to his name, said he is satisfied with his accomplishments on the track during which he won various medals on offer, including gold, silver and bronze.

“I won everything, all the medals, and it’s like in politics, you can’t be president and come back to be an MCA,” Kemboi said.

Apart from the four gold won at the eight world championships in which he participated, Kemboi also clinched three silver medals in addition to a gold medal at the 2006 Commonwealth Games in Melbourne, Australia.

His first Olympic gold at the 2004 Olympics in Athens was followed by another at the London Olympics in 2012.

Kemboi reminisces on that win in Athens as the groundwork for what would be a colourful career of which the 2009 World Championships in Berlin stands out.

“The guys in that race were very strong. I remember around five guys who had participated in Diamond league, and I emerged a winner. That was the best race for me,” he said.

During the Rio Olympics in 2016, Kemboi stepped out of the race after being pushed by a fellow athlete.

“Some guy from Eritrea pushed me and I lost momentum, I then stepped on the inner lane and it’s a rule when you step you get disqualified. It was good for me because sometimes it’s good to have ups and downs,” he recalls.

Kemboi willingly gave away his bronze medal to the number four athlete who protested that he had broken some rule.

On the state of steeplechase and other athletics in the country, Kemboi noted serious levels of laxity and ignorance in the current ‘digital’ generation.

“The boys are not doing well and I think they have lost focus. They need to train and remain focused in what they do. As you can see Ethiopia and Morocco have come out strongly. I hope we will get a medal in Rio Olympics,” Kemboi, who set the  sixth fastest time of 7:55:76 in the steeplechase at the Monaco Diamond League in 2011, said.

He is currently in training as he is set to take part in Italy for an athletics club he joined a decade ago. The championship is set to take place in a few months to come.

He is also focused on his job as an officer in the National Police Service.

After the completion of his career, Kemboi plans to establish an athletics academy to nurture young, talented runners.