Excitement as action returns in the national autocross arena

•KMSC-organized round will be the first circuit race since the lifting of the temporary Government ban on all sporting events due to the Ministry of Health Covid-19 pandemic containment measures.

•A notable absentee in Class 10 (Junior 2wd Non-Turbo) is Neel Gohil who is skipping the KMSC round due to a prior family commitment. 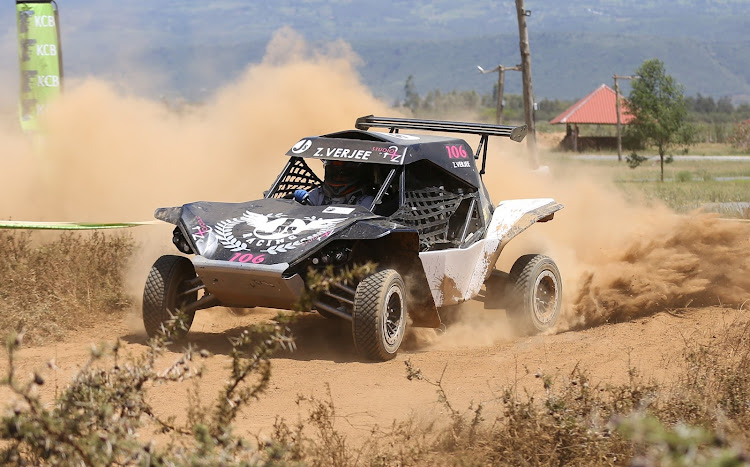 The opportunity to drive on gravel for the first time since last March has attracted over 25 entries for this week’s KCB Kenya National Autocross Championship 4 slated for the Jamhuri Park racetrack on Sunday.

The Kenya Motor Sports Club (KMSC) organized round will be the first circuit race since the lifting of the temporary Government ban on all sporting events due to the Ministry of Health Covid-19 pandemic containment measures.

The entry list for the Championship’s fourth race meeting is anticipated to bring together the usual suspects including 2WD Turbo leader Azaad Manji, the 4WD Turbo speedster Lovejyot Singh and the leader of 2WD Non-Turbo Buggy Class Zameer Verjee.

Sunday's race will feature newcomers and top contenders— a perfect ingredient for an exhilarating 'man and machine" battle. Bambino Class Championship leader Yuvraj Rajput leads the field away in a "Magi Bug" .

A notable absentee in Class 10 (Junior 2wd Non-Turbo) is Neel Gohil who is skipping the KMSC round due to a prior family commitment. Neel, son of retired driver Sushil Gohil, leads the junior log with 54 points followed by Brandon Ng'ang'a (44) and Amaraj Malle (15).

Young Gohil has shown impressive pace since his debut at the Waterfront Karen earlier in the year and will be gunning to get his buggy on the podium for the umpteenth time when he returns for round 5 of the Championship.

A handful of 2WD Turbo speed merchants are set to put on a good show in the event's heat runs. They include Shaz Esmail aka Coach in an Attacker 1 Buggy as well as Zuber Manji, Prabjeet Sagoo,  Gurraj Singh, and Lovejoyt Singh.

Lovejoy has entered two classes; with his Subaru Impreza in 4WD Turbo and Attacker 1 in 2WDT.

"I am happy the season is restarting after the long Covid break. The final preparations are going on for both the buggy and rally car. We did a few tests over the weekend to clear the webs off," said Lovejyot.

Meanwhile, Team Decko powered by XADO has named its team for  Sunday's race. Kiana Rajput in the peewee class, 170cc Polaris, Yuvraj Rajput behind the wheel of a Bambino class 500 Magibug, Kirit Rajput in an open class Subaru GC8 and Wayne Fernandes in a Raptor 700 will make the team. Fernandes said: 'It's been a long hiatus since our last race in March in Eldoret.

The team (Decko) has been itching to get back after a series of testing intended for the machines in the best conditions possible. Jamuhuri has always been one of the team's favourites,  so fingers crossed—a little bit of rain, there will be some mud to play in."

Currently, Kiana, Yuvraj and Kirit are leading their individual classes and are hoping to extend their leads at the end of this weekend's race, and keep the championship's hope alive and that is much closer to securing the coveted titles. The 10- leg National Autocross Championship is sponsored by KCB Bank Kenya.