Tokyo Olympic Games to be held without spectators

Medical experts have said having no spectators would be the least risky option amid widespread public concern that an influx of thousands of athletes and officials will fuel a fresh wave of infections.

•The move is the latest blow to the troubled Olympics, already delayed by a year because of the pandemic

•Organisers have already banned overseas spectators and have for now set a cap on domestic viewers at 50% of capacity, up to 10,000 people

•Sponsors were told that in the case of a no-spectator scenario, all sports and opening and closing ceremonies will likely be carried out without fans 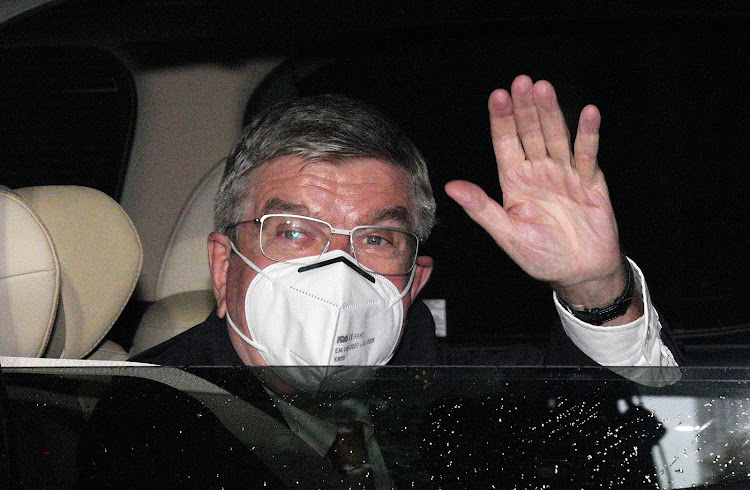 International Olympic Committee (IOC) President Thomas Bach waves to the media from his vehicle, upon arriving at his accommodation in Tokyo, Japan.
Image: REUTERS

The summer Olympic Games in Tokyo will be held without spectators, due to rising numbers of COVID-19 infections, it was announced on Thursday evening.

The move follows the declaration of a state of emergency in the Tokyo area earlier in the day that will take effect from Monday and be in place throughout the duration of the games,

The Japanese Prime Minister Suga Yoshihide made the state of emergency announcement in the afternoon. Further details were announced at an evening press conference, following a meeting of all the games organizers, including the International Olympic Committee, the national government and Tokyo city authorities.

The games, still branded as Tokyo 2020, are set to run July 23-August 8, 2021. They have been heavily criticized within the country due to the country’s inability to get the disease under control.

The government had previously hoped to keep Tokyo operating under a quasi-state of emergency for the duration of the games. But on Wednesday the Tokyo metropolitan government announced 920 new coronavirus cases, the highest daily figure in more than two months. On Thursday, the figure was 896 new cases, 27 percent higher than last week. Detection of the highly-infectious new Delta variant of the disease has given further cause for concern.

State of emergency conditions in Japan do not give the government the power to order mandatory lockdowns or closures of venues. But societal pressure means that most businesses and operations are likely to comply.

Japan’s health minister Tamura Norihisa encouraged people to watch the upcoming Tokyo Olympics at home. He is expected to ask bars and restaurants not to screen the games and create crowds.

Tokyo 2020 president Hashimoto Seiko called the decision “regrettable” and apologized to those who had bought tickets. Spectators coming into Japan from abroad had already been banned. But more than 3.5 million tickets had been sold to Japanese residents.

Olympic organizers had previously agreed to allow up to 10,000 fans, or 50  percent occupancy at some events.

Athletes have for several weeks been arriving in the country. IOC President Thomas Bach arrived in Tokyo on Thursday and is reported to be in quarantine in a hotel. After three days, he is scheduled to visit the athletes’ village in Tokyo’s Harumi district, and later visit Hiroshima on the anniversary of the July, 16, 1945 atomic bombing.