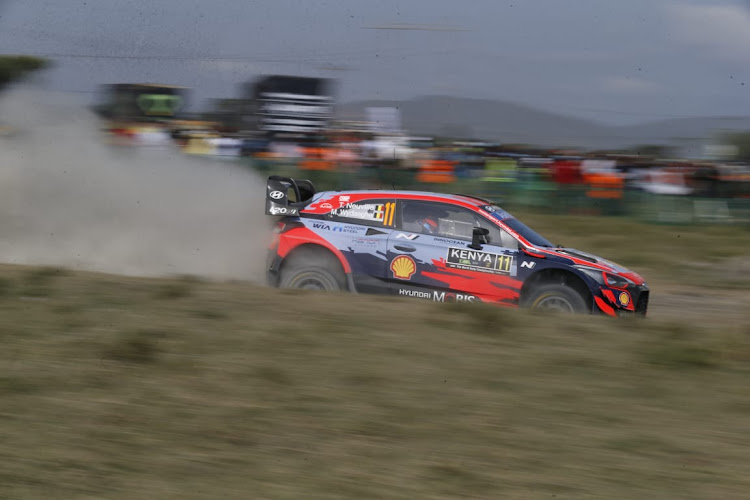 Thierry Neuville was fastest on the Kedong stage, despite overshooting on a right-hander and dropping a handful of sections.

Sébastien Ogier made the same mistake as Neuville, but arrived at the stage finish with oil leaking from his rear damper. He will need to drive slowly in the next stage.

Elfyn Evans became the Safari's first victim when the damaged suspension on his Yaris forced him into retirement.

Dani Sordo also stopped in the Kedong test after going off the road in his Hyundai.

Oliver Solberg's i20 is crabbing after a heavy impact on the morning's opener. He is yet to start the stage, and it's not yet known whether he will manage to do so.