• Kenya Prisons will become the new log leaders should they win all their matches. 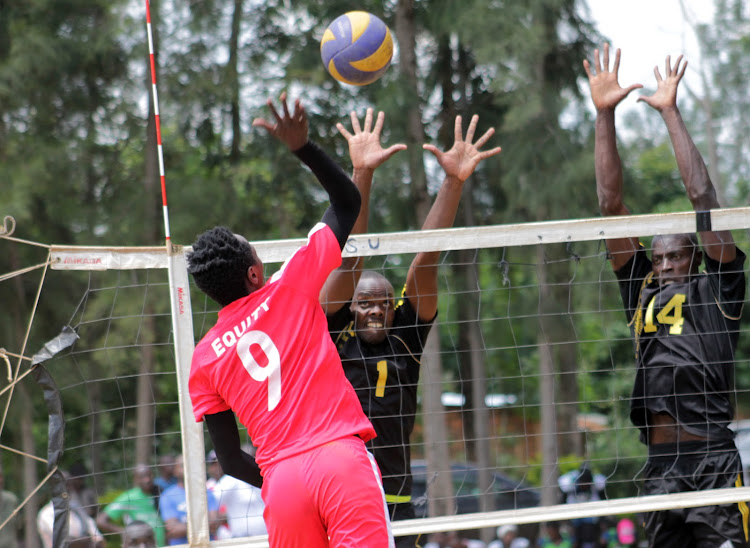 Kenya Prisons' coach David Lung'aho has challenged his charges to prove their mettle by collecting maximum points in their tricky matches this weekend.

Kenya Prisons are set to square it out with Mombasa and Rift Valley Prisons on Saturday before facing off with Kenya Forest Service and Kenya Defence Forces on Sunday at Kibos Main Prison in four of the seven Group Two men's matches marking the return of the KVF League after three months.

Even though Lung'aho is worried about the fitness of his charges and the calibre of opposition they will face, he was quick to allay fears on fatigue, describing the schedule as fair.

Lung'aho observed that all the matches are winnable and rallied the players to savour the chance to climb to the top of the table.

"It will be tough and tricky. We've stayed for so long without playing and it's hard to know what to expect. We have not played Mombasa for a year and Rift Valley is improving fast. KFS and KDF are senior teams that will give good opposition but all in all the team is ready," he said.

"I can't think of fatigue because we are used to the busy schedule. It's good to play more matches now and take your position at the top of the log and have fewer matches towards the tail end of the season," the KVF technical director reasoned out.

Kenya Prisons will become the new log leaders should they win all their matches. They occupy the second slot with 12 points. Vihiga County entertains KDF while KFS take on Mombasa Prisons in another Group Two fixture.

Tail-enders Kenya Army, who have a point will hope to get their season up and running against Nairobi Prisons, KPA, and AP Kenya. Western Prisons have a date with table toppers KPA and Equity bank.

The match pitting Directorate of Criminal Investigation against Kenya Pipeline highlights the women's games on Saturday in matches that will be played at Nyayo Gymnasium.

Nairobi Water, who were set to play Nairobi Prisons, will not honour their match because they haven't trained adequately, according to captain Eliza Karugu. "We are not ready for action. We just resumed training on Monday and it will be impossible to play," she said.