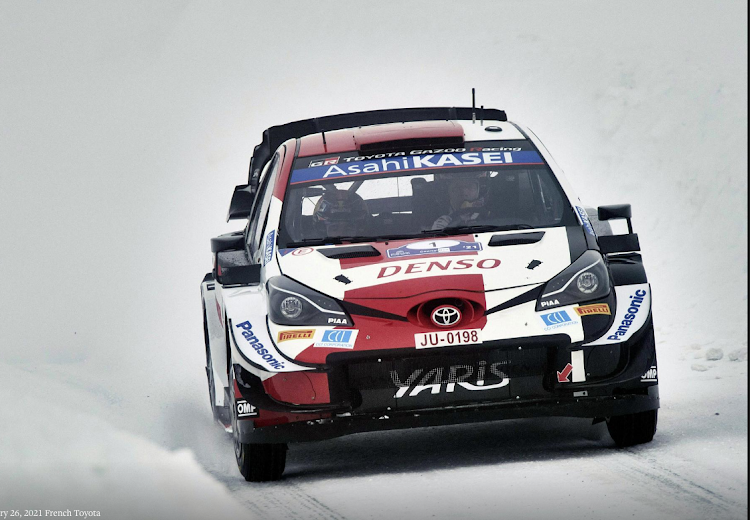 “Kenya will be different from what we are used to. We will have to change our approach and drive sensibly. The essence will be to try and survive. From what I hear, the ground in Kenya has some rocks in places which can be difficult on the tyres,” said Ogier in a Zoom conversation with Kenyan rally drivers and media during the “RedBull Drivers Hangout” at a Nairobi Hotel.

“It’s no secret that we have issues with tyres at the moment.  They will be a key element for the teams on Safari if we really want to stay away from trouble. The rocky stretches on the course will definitely culminate into punctures if we are not very careful.

The Toyota Gazoo Racing speedster is one of the eight rally-sport athletes from across the globe being sponsored by leading Energy Drink RedBull.

The Frenchman sealed his third win of the season during last weekend’s Rally Italia Sardegna to add up to his stellar drive in Croatia and Monte Carlo, where he savoured a record-breaking eighth win in France’s iconic round of WRC.

Ogier nevertheless revealed that he has always enjoyed new rallies and challenges.

“What I have liked in my 15-year rallying career is going to new stages. I’m overly excited to be coming to Kenya for the first time. I hear the conditions are very challenging. But it’s nice to see the amount of excitement among Kenyan fans for the WRC. WRC has been missing in Africa for 19 years now, and it’s exciting to have it back in the series,” he said.

Ogier also extolled the anticipated Safari adventure saying: “Our cars haven’t done this kind of conditions for a long time so it will be an interesting adventure. Our generation of drivers have never competed in Africa, so we are overly excited. We just finished Sardegna and we are now relaxing before we could recharge the batteries for Safari,” he reveals.

Commenting on the conditions in Kenya he added: “I don’t know much about the event in Kenya but what I know is that the conditions can change within no time and when heavens open up, it becomes even tougher.”

Safari Rally Kenya has over the years upheld its reputation as the world’s toughest rally-sport event.

The 38-year-old also has 51 WRC wins under his belt and seven titles of which six are consecutive wins. His success story puts him as the second most successful WRC driver, after former Citroën WRC teammate Sébastien Loeb (nine titles).

This year’s WRC Safari will take place in Nairobi, Elementeita and Naivasha regions between June 24-27. The event is co-sponsored by among others KCB Bank Kenya and Toyota Kenya.