The trio play for Kenya Ports Authority and were impressive at the African Club Championship that ended last week in Tunisia.

• Epoloto believes roping them into his  squad will make the team a complete outfit and well equipped for duty. 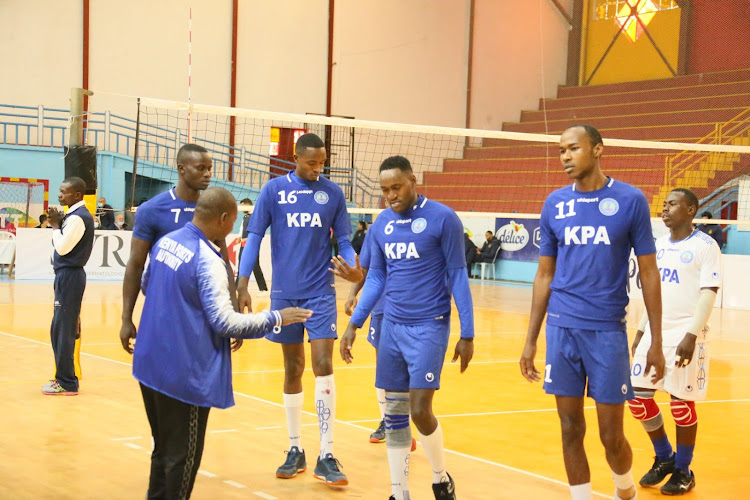 The trio are now part of the provisional team that will feature in the African Cup of Nations later in the year, according to national team coach Moses Epoloto.

Opposite attacker Kamara, left attacker  Omollo and middle blocker Kamonde guided the coastal side to a fifth place at the continental showpiece a week ago.

The Sammy Mulinge-led side were making their debut in the continental tourney and made history by becoming the only team outside Nairobi to have qualified for the annual extravaganza for the first time.

Epoloto believes roping the three players into his squad will  offer him options as  he prepares for the continental showpiece.  He said the players have a bright future as long as they are guided properly.

"It was a pleasure to watch them make a mark in Africa. That was great performance at that level of competition.

"They have proven equal to the task and we will consider them for the Africa Cup of Nations duties later in the year.

"They should not rest on their laurels but instead work hard to  improve on their weaknesses," he said.

Epoloto was also elated with the contribution of Sweden-based opposite hitter Enock Mogeni, who also plays for KPA.

He said the opposite hitting  department is sorted and will look at strengthening other positions as Kenya looks to revive the men's game.

"Mogeni has matured and played like a professional in Tunisia. I believe he has come of age and will be an asset for the team. We are well stocked in his position and our priority now will be to rejig other positions," he added.

The tactician said the only way to improve the game in the country was to embrace modern training techniques.

"Strength training is a problem for men and that is what they need most. Players above 18 years need to acquaint themselves with the gym during the off season. If we can adapt this, it would boost the performance of the players."