Pipeline won three of their five matches in the African Club Championship.

• Despite failing to reach the semi-finals of the continental's prestigious competition, Magoi is convinced that the future is bright. 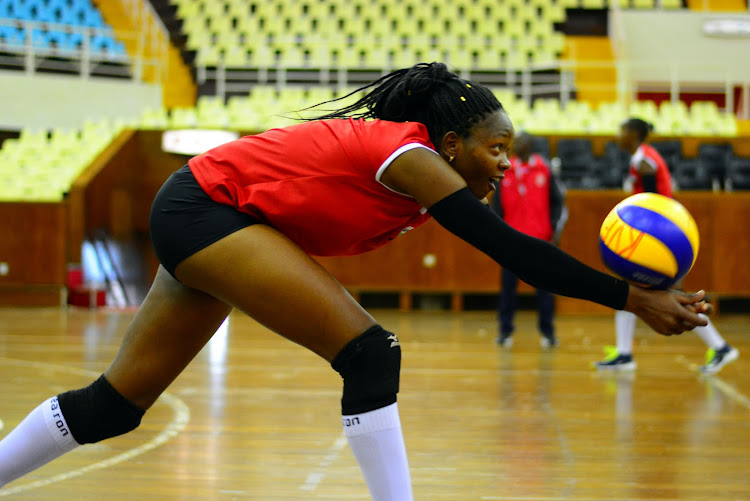 Kenya Pipeline are hoping to capitalise on their experience in the Africa Club Championship to fight for the national title.

Pipeline captain Rose Magoi believes despite the dismal show in Tunisia, the young members of the team gained immensely in terms of exposure.

"Despite failing to reach the semi-finals of the continental's prestigious competition, I am convinced the future is bright for  Pipeline," she noted.

Budding setter Esther Mutinda, who withdrew from Malkia Strikers squad,  is a player to watch while the performances of Tebla Simiyu and Betty Sifuna left a ray of optimism as the Paul Gitau-coached side switch their attention to the local scene.

"It is the first time most of the players have played in such a big competition and proven themselves if  their performance in Tunisia is anything to go by. I am sure they will make a difference after Tunisia tour," added Magoi.

"It's good they now know the pressure of playing at the highest level and will work extra hard and fight for the team jersey.

"The young players share the teams ambitions of giving a shot at the title and this experience will come in handy for them. We want to win not only the league but other events too."

Nevertheless, Magoi observed that Pipeline, who train outdoor, were disadvantaged in Tunisia because most of their opponents were well versed with the indoor game.

"Training outside and competing indoor is not easy. We are not conversant with the gym. Balls used in the indoor game are totally different from what we use  outside."

She said going forward, they will be seeking to improve on reception and blocks. Pipeline won three of their five matches at the African Club Championship.