Bakari rules out returning to light- fly as he targets 2024

•Bakari moved on from light- flyweight last season after the division was dropped from Olympic Games. 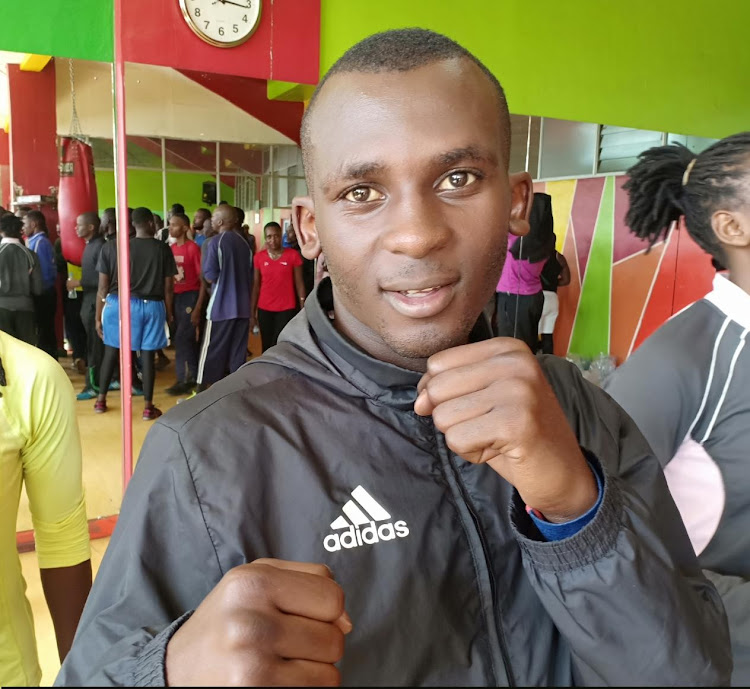 All African Games silver medalist Shaffi Bakari says he will not be returning to his previous light-flyweight division.

Bakari, who missed out on the 2020 Tokyo Olympic slot during last year's qualifiers in Dakar, Senegal, thinks it would be meaningless to go back to light-flyweight after a trouble-free run in his new flyweight division.

"I feel good in my current weight division even though slots for Tokyo proved elusive.

"I was really psyched up for Tokyo and I was looking forward to the final World Qualifiers in Paris.

"But following cancellation of the global qualifiers by the Boxing Task Force who opted for the ranking system to fill the void left behind, Kenya got two positions. I am now looking forward to Paris Olympics 2024," he said.

Bakari moved on from light- flyweight last season after the division was dropped from Olympic Games.

"You see after light fly was dropped from the Olympics, it was only logical to move a berth up," he quipped.

Kenya will field four boxers in Tokyo Olympics namely Elly Ajowi and Elizabeth Akinyi, who qualified through the ranking system as well as Nick Okoth 'Commander', and Christine Ongare who qualified in Dakar last year.

Shaffi says all isn't lost after the Tokyo Olympics qualification debacle. "I will be turning 30 years by the time we go for the next Olympic Games in Paris.  Tokyo Olympics was the main reason I had to consider moving up to flyweight and I have no intentions of returning to a lower weight division," he noted.

He added: "Flyweight suits me well because I represented the country and won silver in the division during the All African Games in Rabat."

Shaffi said Kenya has very knowledgeable coaches and feels safe in their hands as he embarks on chasing the elusive Olympic dream.

"The coaching staff led by Musa Benjamin have really been awesome. I'm sure they will give me the much-needed guidance and hope as I embark on France 2024 qualification," he noted.

Shaffi hopes sports will be back soon so that boxers can get back to their daily grind. I am happy Boxing Association of Kenya have given us an enabling environment to train."

"I'm now training on my own. You never know; sports might come back and find us unfit. So it's a matter of keeping your body in the best possible shape. Covid-19 has taught us how to do things differently, meaning we are learning many things in the evolving situation."