NO ROOM FOR COMPLACENCY

• During the 45-days high performance training camp in Brazil where Malkia Strikers will play friendly matches, the team will focus on service, defense and blocks. 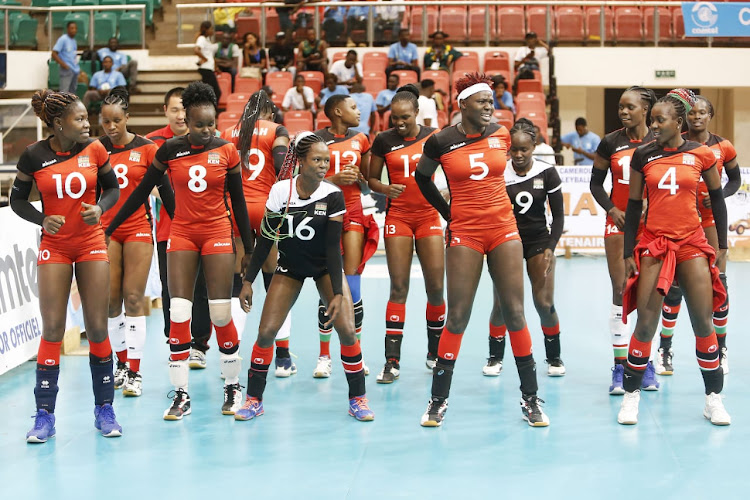 Malkia Strikers team manager Alfred Chedotum has warned players that there is no guarantee for Tokyo Olympic Games slots despite picking the Brazil-bound squad.

Sixteen players  players were picked yesterday for next month's Brazil Tour but Chedotum said it's not yet time to celebrate.

"They all must continue working hard for their positions and justify why they need slots in the Tokyo-bound squad," he added.

Chedotum's warning comes after the technical bench axed four players from the initial squad of 20 players, who have been training under  a bubble at Moi Stadium, Kasarani Indoor arena.

As competition for places in the team hots up, another four will be dropped in June when the final team to the Olympics will be unveiled, leaving only 12 players for the Tokyo Tour.

The Paul Bitok charges have recently stepped up their preparations for the Tokyo Olympic Games scheduled for July 23 to August 8 after booking the sole slot reserved for Africa in Cameroon last year.

"After dissecting through the squad, I believe the management have settled on the best players after a month-long training sessions," Chedotum said.

"I know players feel nice being part of the team but they have no choice but to justify their positions.

"The tough and  demanding  journey begins now and there will be no room for complacency. We now demand maximum input and consistency from the players," hinted Chedotum, who doubles up as the Kenya Defence Forces team manager.

During the 45 days of high performance training camp and friendly matches in Brazil, the team will focus on service, defence and blocks. The reception department, which Chedotum noted has been the team's weakest link, will also have to pull up their socks.

"Perfecting on service and handling the blocks remain our priority in Brazil. "Reception has been our biggest challenge and a good example is the African Club Championship, where we were represented by four clubs."

"This is an area the team will have to channel their energy as we try to find our footing in South America before Tokyo," he said.

On the decision to settle on Brazil which is a Covid-19 hotspot country having registered more than 14 million cases with a death tally of over 400,000, Chedotum said, "We are aware of the situation in Brazil and we will be guided by the information from the Ministry of Health. Brazil has many established clubs with quality facilities and are world beaters- which obviously informed our decision."

Malkia Strikers will play at the Olympics for the third time should the games go on. They took part in 2000 and 2004 showpieces held at Sydney (Australia) and Athens (Greece) respectively, finishing 11th on both occasions.