Malkia Strikers team manager in dilemma ahead of Brazil tour

Coach Paul Bitok, assisted by Josp Barasa, Japheth Munala and four FIVB-seconded coaches from Brazil have 20 players in the squad, with four expected to miss the South American tour

• In Brazil, the team will focus on a specialised training regime in addition to playing friendly matches. 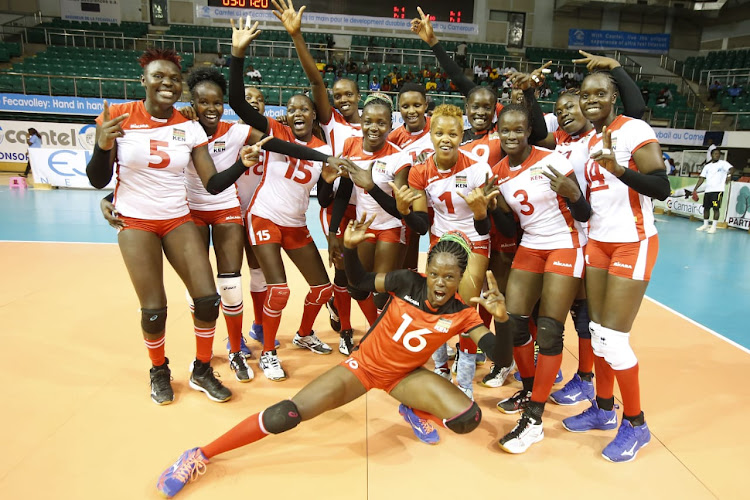 Malkia Strikers team management have admitted going through a hard time as they seek to name a traveling team ahead of a month-long overseas training camp in Brazil next month.

Team manager Alfred Chedotum said they are spoilt for choice in identifying the best players to have in the team, saying all the girls who have been in a bubble training camp at Moi Stadium, Kasarani merits a slot in the squad.

Coach Paul Bitok, assisted by Josp Barasa, Japheth Munala and four FIVB-seconded coaches from Brazil have 20 players in the squad, with four expected to miss the South American tour. Another four will be dropped when the final team to the 2020 Tokyo Olympics will be named in June.

In Brazil, the team will focus on a specialised training regime in addition to playing friendly matches. Chedotum said with the help of the Brazilian coaches, a strong, balanced team will be named.

"We've been assessing all the players in camp and, honestly, it's going to be a tough decision in regards to who misses out. We have a big squad and all the players are up to the task but nevertheless, decisions have to be made in conformity with the set rules and regulations. I believe those who will get places in the team will do so on merit and have to prove their fighting spirit in Brazil," he said.

"We would have loved to see all the players who have been training with the team gain exposure in Brazil but it will be virtually impossible. Those who will be axed should not be disheartened because it's not the end — there's always another chance."

Chedotum, who doubles up as the Kenya Defence Forces team manager, said centre and left attacking players will most likely be the casualties.

"We have many players in the centre and left-attacking positions and the number needs to be reduced," he said.

After Brazil, Malkia Strikers return home for 10 days before heading for a three-week stint in Turkey. The team will then head to Kurume City in Japan from July 1 to 18 before reporting to the Olympics village on July 20. Six days later, the team will play their opening match against the hosts.